Chatterjee was the education minister when the controversial recruitments were made. 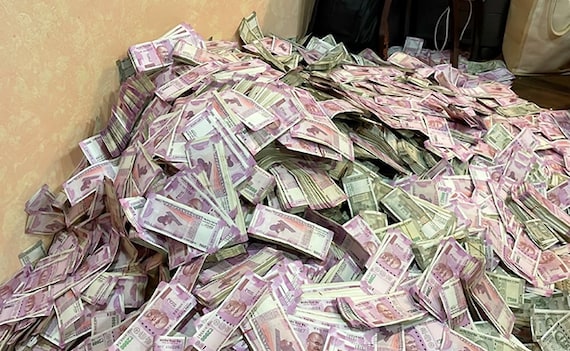 Kolkata: The Enforcement Directorate (ED) on Friday claimed to have recovered approximately Rs 20 crore in cash, suspected to be the “proceeds of the School Service Commission (SSC) scam”, from the residential premises of an aide of senior West Bengal minister and Trinamool Congress heavyweight Partha Chatterjee.

ED sleuths during the day raided the premises of Chatterjee – currently minister of Commerce & Industry – a number of his associates and close relatives, the minister of state for education Paresh Chandra Adhikari, besides those of current and former officials allegedly linked to the SSC and West Bengal Primary Education Board recruitment scam.

Chatterjee was the education minister when the controversial recruitments were made.

“During the course of searches, the ED has recovered huge cash amounting to approximately Rs 20 crore from the residential premises of Arpita Mukherjee, who is a close associate of Partha Chatterjee. The said amount is suspected to be the proceeds of crime of the SSC Scam.”

“The search team is taking the assistance of bank officials for the counting of cash through cash counting machines,” the ED said in a media release.

The central agency also claimed that it has recovered more than 20 mobile phones from Mukherjee’s premises, “the purpose and use of which is being ascertained”.

“Further, a number of other incriminating documents, records, details of dubious companies, electronic devices, foreign currency and gold have also been recovered from the various premises of the persons linked to the scam,” the ED release said.

The ED officials also conducted raids at various locations including the residence of Trinamool MLA and former President of the West Bengal Board of Primary Education Manik Bhattacharya,

Deputy Director, School Education Department, were also among those whose houses were raided by the ED.

The Calcutta High Court in a slew of writ petitions had in April directed the CBI to carry out investigation into the recruitment scam of Group ‘C’ & ‘D’ staff, assistant teachers of classes IX-XII and primary teachers.