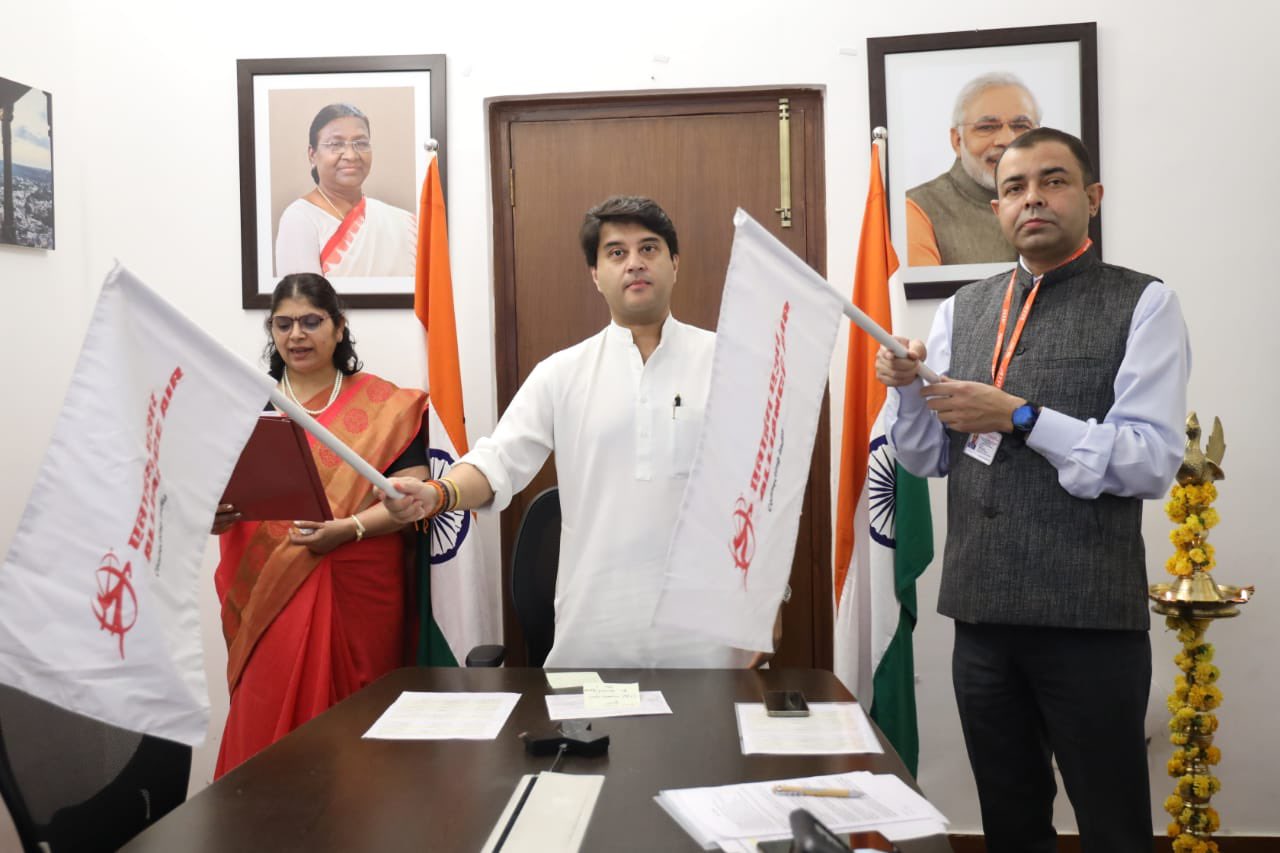 The enhanced aerial connectivity in the mountainous cities of the five states of north-eastern part of the country will play a vital role in creating the ease of living for the residents of the region and boosting tourism and trade, a statement issued by the Union  Civil Ministry said.

In his inaugural address, the Minister of Civil Aviation, Scindia, said that the Union Government has given special emphasis on the air connectivity for the north-eastern region. In the last eight years, seven airports have been developed in the region.

A Rs 500 crore corpus has been dedicated to the air-connectivity of the northeast.  Under Krishi UDAN, 25 airports have been incentivised in the region, the Minister added.

Scindia announced that under International UDAN, two new routes Agartala-Chittagong-Agartala and Imphal-Mandalay-Imphal will be operationalised which will expand the scope of air connectivity in the north-eastern states from national to the international level.

MoS, Civil Aviation Gen. Dr Vijay Kumar Singh (Rtd.) said that it is a matter of great pleasure that this additional air connectivity is being provided for the north-eastern region of the country. It will facilitate travel between the states and help people traveling for various purposes and contribute to the growth of the region.

Appreciating the initiative taken by Prime Minister Narendra Modi, Chief Minister N. Biren Singh said that the promise made by the Prime Minister to the people of the North East has come to realization not only in connectivity but also in various sectors. He added that North East, the new engine of Indian growth, has now become a growth engine today.

Asserting the speech of the Chief Minister of Mizoram on the isolated position of his state due to non-availability of aerial connectivity, N. Biren Singh said that the long-awaited dream of the people of Manipur and Mizoram has been achieved today. He added that joining Imphal-Aizawl-Imphal 5 (five) times a week will tremendously improve not only connectivity on business lines but also increase the attachment between the communities of the two states.

The Chief Minister further added that the launching of Airlines from Assam (Lilabari) to Arunachal Pradesh (Ziro) i.e., Lilabari-Ziro-Lilabari under the Civil Aviation Ministry will make the North East smaller.

Apprising the problems faced by the people of the state due to the sudden drop of direct flight of Indigo on Saturday and Sunday from Imphal-Delhi-Imphal, the Chief Minister requested the Civil Aviation Minister to take up necessary steps with the concerned airlines to resume the aerial connectivity.