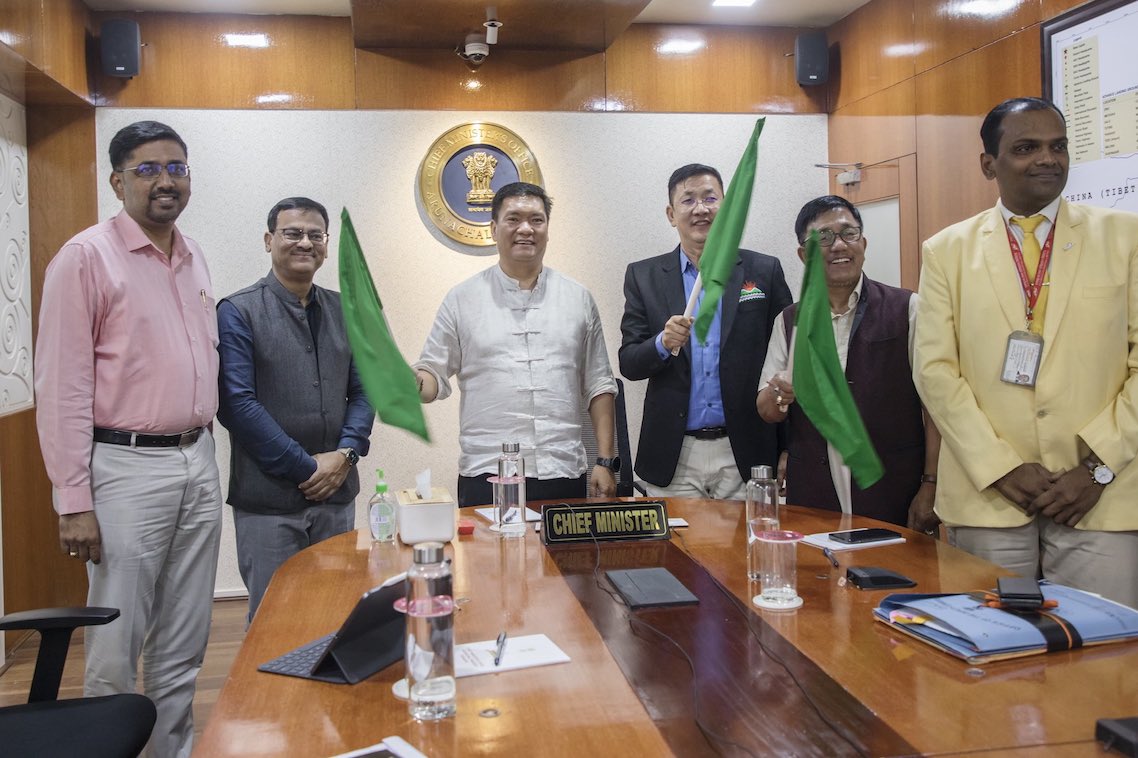 Itanagar: In another boost to the aviation sector in Arunachal Pradesh, Chief Minister Pema Khandu, along with Union Minister for Civil Aviation Jyotiraditya M Scindia, on Sunday virtually flagged off the first fixed-wing commercial passenger flight to the picturesque Ziro in Lower Subansiri from neighbouring Assam’s Lilabari in Lakhimpur district.

Two more flights – Shillong-Lilabari-Shillong and Imphal-Aizawl-Imphal – were also launched during the inaugural ceremony held virtually, which was attended by Chief Ministers of Assam, Meghalaya and Mizoram, official sources said.

Speaking on the occasion, Khandu expressed gratitude to the Central government, which he said, under the leadership of PM Narendra Modi has given utmost attention to developing the North Eastern states, particularly in the connectivity sector.

“In all spheres of connectivity – road, rail, air and digital connectivity – North East has witnessed unprecedented progress in the last 8 years of Modi government. The once neglected and under-developed region today is at par with other developed states of the country,” Khandu said.

He informed that in the last eight years, Arunachal Pradesh could develop and make air-worthy nine advanced landing grounds (ALGs) that were lying dilapidated and unused.

“While Pasighat and Tezu already have fixed-wing commercial air connectivity, today we have added Ziro. Of the remaining six ALGs, three are feasible for fixed-wing flight landing and three – Tawang, Aalo and Walong – will be used as heliports,” Khandu said.

He said that once the Donyi Polo Airport at Hollongi is inaugurated and made operational, inter, as well as intra-state air connectivity, will get a major boost. Informing that the Hollongi airport is complete and ready for operation, he said, “Arunachal Pradesh is waiting for Prime Minister Narendra Modi to come and dedicate it to the people.”

He also thanked Alliance Air for taking the lead in extending its flight services to the state and the region.