Almost all prominent critics have either been arrested or left the country. Even so, the treatment of Vladimir is especially harsh. 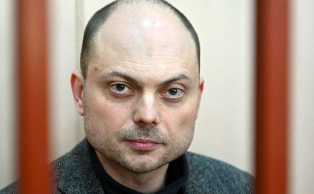 Moscow: When Vladimir Kara-Murza announced he was returning to Moscow earlier this year, his wife Evgenia knew the risk but did not try to stop him. Amid the Ukraine war and mass protests, the opposition activist insisted on being in Russia.

Now he has been locked up and charged with treason, and Evgenia has not been allowed to speak to him since April, BBC reports.

But in a series of letters to me from Detention Centre No. 5, Vladimir — who has twice been the victim of a mysterious poisoning — says he has no regrets, because the “price of silence is unacceptable”.

Opposing President Putin was dangerous even before the invasion, but since then the repression of dissent has intensified, the BBC reported.

Almost all prominent critics have either been arrested or left the country. Even so, the treatment of Vladimir is especially harsh.

All the charges against him are for speaking out against the war and against President Putin and yet his lawyer calculates he could spend 24 years behind bars.

“We all understand the risk of opposition activity in Russia. But I couldn’t stay silent in the face of what’s happening, because silence is a form of complicity,” Vladimir explains in a letter from his cell.

He felt he could not stay abroad either. “I didn’t think I had the right to continue my political activity, to call other people to action, if I was sitting safely somewhere else.”

The first Evgenia heard of her husband’s arrest was a call from his lawyer, who had been tracking the activist’s phone as he always did when his client and friend was in town. On 11 April, the phone had come to a stop at a Moscow police station, the report said.

Vladimir was eventually allowed to call his wife, who lives in the US with their children for safety. There was just time to say: “Don’t worry!”