“The biggest hurdle in developing infrastructure is terrain and inclement weather and connectivity is still a major problem in forward areas,” Kalita said 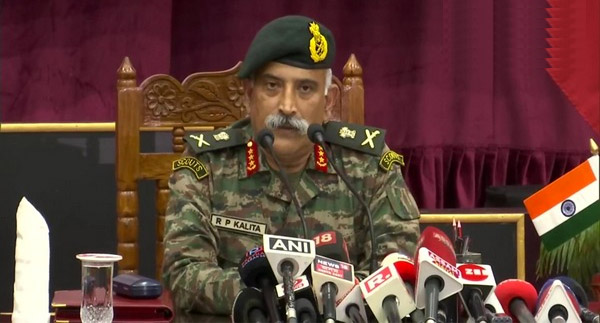 Guwahat: Indian Army on Monday said that the People’s Liberation Army of China has done capability enhancements in large measures along the Indo-China border near the line of actual control.

Addressing a press conference here, Lt. General R P Kalita, GOC in Chief of Eastern Command said that while the Indian Army faces the biggest challenge of mountainous terrain and inclement weather to develop infrastructure near LAC on the Indian side, PLA has developed infrastructure in border side which helped them to mobilise forces faster from camps to LAC.

“The biggest hurdle in developing infrastructure is terrain and inclement weather and connectivity is still a major problem in forward areas,” Kalita said, adding that Indian Army is enhancing operational capability near the line of actual control by infusing newer technology.

Kalita said that along the Indo-China border near LAC many areas are not demarcated and due to the perceived borderline in absence of actual border demarcation between the two countries often leads to friction.

However, Kalita said that post Dokhlam and Galwan incident, the coordination between the security forces of India and China has improved significantly in border areas.

“ We now have direct hotline service, Border point meeting to resolve the issues arising out in border areas near LAC,” Kalita said, who was appointed as Eastern Army Command Chief in January, 2022.

Taking about the construction of road infrastructure in border areas, Kalita informed that in the last three years 750 kilometer of roads have been constructed in forward areas of Arunachal Pradesh.

Moreover, many Advanced Landing Grounds (ALG) have been developed in forward areas for faster connectivity.

Replying to a query on the army court of inquiry on killings of civilians in the Mon district in Nagaland a few months back, Kalita both the SIT and Army court of inquiry reports are being analysed and action will be taken whoever is found guilty in the incident irrespective of rank and file.