According to the latest data, 222 villages across Assam are reeling under floodwaters. Over 10,000 hectares of agricultural land have been destroyed by the floodwaters in Assam. 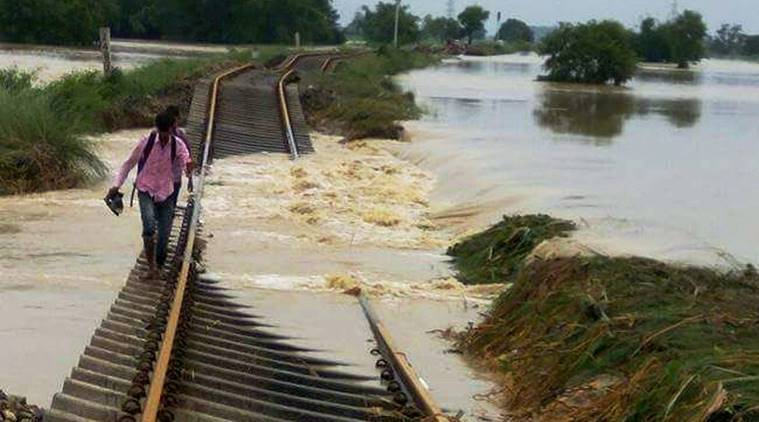 Guwahati:  More than 50 thousand people have been affected by the first wave of floods in Assam as train and road connectivity got snapped between Southern Assam and the rest of the state.

According to the latest data, 222 villages across Assam are reeling under floodwaters. Over 10,000 hectares of agricultural land have been destroyed by the floodwaters in Assam.

Furthermore, incessant rains have triggered landslides in 12 villages in Dima Hasao district of Assam. The Railway track at Jatinga-Harangajao and Mahur-Phaiding in Assam got blocked due to landslides.

Meanwhile, the Assam government has set up relief camps to help the flood-affected people.

Personnel of the Indian Army, paramilitary forces, fire and emergency services and SDRF have been pressed into the service for evacuation and relief measures.

Meanwhile, the Indian Air Force (IAF) rescued at least 119 passengers on board the Silchar-Guwahati train after it was left stranded due to heavy floods and rain.