Exuding optimism, Shah said that the BJP government both at the centre and the state has kept its promise of rooting out terrorism from the region. 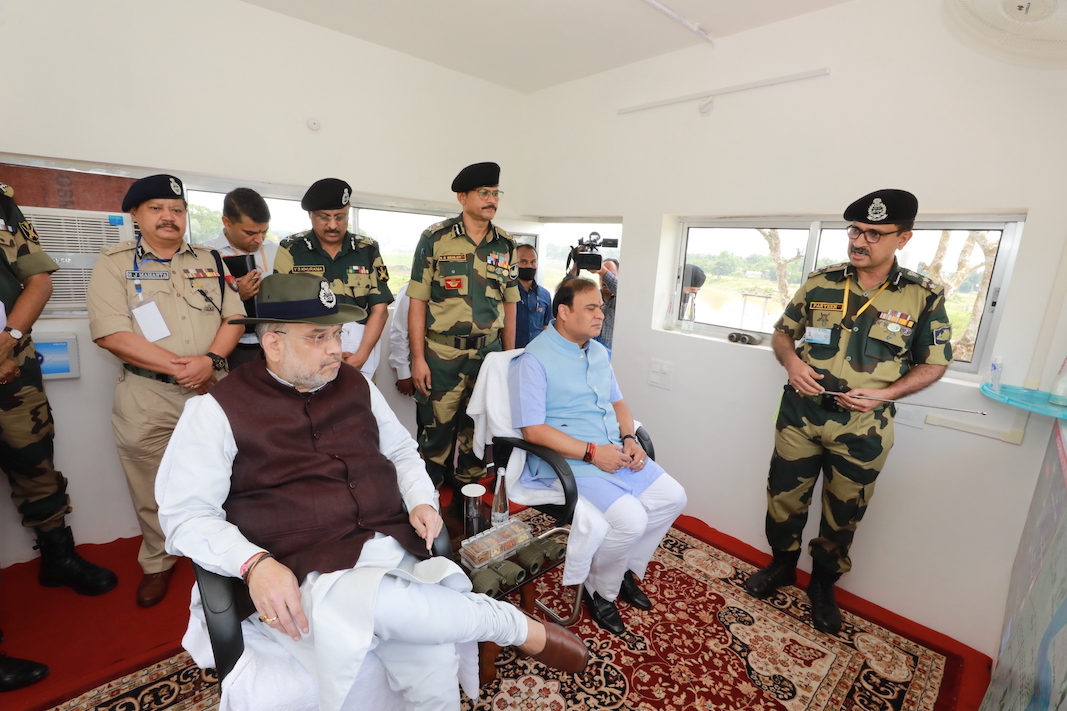 Addressing a public rally at Tamalpur after laying the foundation of the Central Workshop and Stores of Central Armed Police Forces and State Police in the North Eastern States, Shah said, “Seven years ago a politics of violence was going on in the region….after we came to power we signed several peace accords and more than 9 thousand insurgents surrendered who have joined the mainstream.”

Exuding optimism, Shah said that the BJP government both at the centre and the state has kept its promise of rooting out terrorism from the region.

Taking an example of the Bodo Peace Accord which was signed between the National Democratic Front of Bodoland (NDFB) and the centre in the year 2020, Shah said more than 90 per cent of clauses of the peace accord have been fulfilled by the centre within a short span of time.

Shah assured the Bodo people of the Bodo Territorial Region of protecting their social, cultural, linguistic and ethnic identities.

“Both centre and state governments are working in tandem for the overall development of the BTR region,” Shah said.
He said that the centre has already sanctioned the special package of Rs 1500 crore for the development of the Bodo Territorial Region.

Delving into the issue of the atmanirbhar Bharat, Shah stressed the need for local people to take up honey cultivation in the tribal areas of Assam in a big way.

He also exhorted them to promote khadi products to make India self-reliant.
Earlier, Shah reviewed the security situation along the Indo-Bangladesh border in the Mankachar sector in Assam.