With the passing away of Dr. Aamir Liaquat Hussain, only a set of 19 appeals were moved against party dissidents through PTI’s counsel. 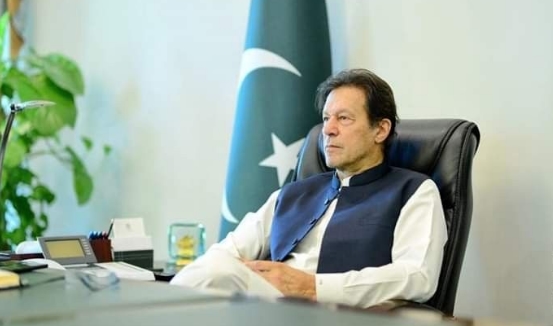 Islamabad: Former Pakistan prime minister Imran Khan has filed a writ in the country’s Supreme Court challenging the Election Commission of Pakistan’s (ECP) May 11 declaration which rejected the disqualification references against 20 party dissident members of the National Assembly (MNAs), Dawn reported on Sunday.

With the passing away of Dr. Aamir Liaquat Hussain, only a set of 19 appeals were moved against party dissidents through PTI’s counsel.

A three-member ECP bench, headed by Chief Election Commissioner Sikandar Sultan Raja, unanimously rejected the disqualification references which were referred to the commission by the PTI against 20 dissident MNAs on the ground that Article 63A of the Constitution, which deals with the lawmakers’ disqualification for defection, did not apply to the 20 MNAs who had jumped ship ahead of the no-confidence move against former prime minister Imran Khan last month.

In one of the petitions, the current opposition leader in the National Assembly, Raja Riaz, was accused of acting in the most “treacherous and unfaithful” manner by changing his loyalties towards the opposition’s Pakistan Democratic Movement (PDM) and became a “turncoat” ahead of the March 8 no-trust move against Imran Khan.

In the petition, it was alleged that Riaz violated party discipline and in complete disregard of the law and Constitution led the campaign of defection along with other PTI members, inflicting loss to democracy, Constitution, the party, and, above all, his constituents and public at large.

PTI chairman Imran Khan, while taking notice of his suspicious and anti-PTI activities, issued a show-cause notice on March 19, but Raja Riaz refused to take delivery of the notice and later attached a frivolous reply that was never received by the appellant.

It further alleged that the respondent failed to uphold his oath by deceiving the confidence of the PTI and voters of his constituency as well as the public at large by changing his loyalty to another parliamentary party without tendering resignation from his seat first.

Therefore, the appellant, after meeting codal formalities, forwarded the declaration against the respondent to the then National Assembly speaker under Article 63A of the Constitution who then referred it to the chief election commissioner.

The petition alleged that the ECP judgment was arbitrary, illegal, devoid of legal substance, and had been rendered in derogation of well-established principles of law and Constitution, the petition said, adding that the commission’s order was not in consonance with the settled principles of fair trial and had been rendered without following due process and propriety.