"Anyway, it is a great victory for the farmers and for the Congress party which was unwavering in its opposition to the farm law. 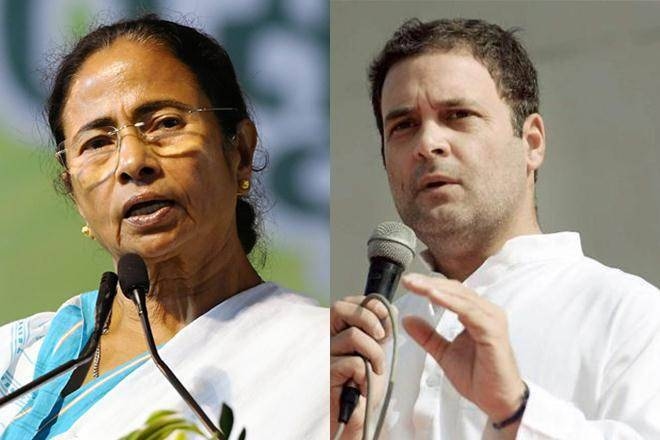 New Delhi: Congress and Trinamool took jibes at the Prime Minister and his party one after the other as PM Narender Modi on Friday morning in an unexpected development announced the withdrawal of the three contentious farm laws just months ahead of five states heading for polls.

Congress leaders Rahul Gandhi and P. Chidambaram and Trinamool supremo Mamata Banerjee lauded the farmers for their resilience and continued agitation for nearly a year as the Centre refused to give in.

Taking to Twitter just after PM’s 9 am announcement, Rahul Gandhi said, “With their ‘satyagraha’, the ‘annadata’ of this country made the arrogant bow down. Congratulations on this victory against injustice! Jai Hindi, Jai Hindi’s farmers #FarmersProtest”.

He also posted his earlier tweets from January, where he said, “Mark my words, the government will have to take back the anti-farm laws.”

Senior Congress leader P. Chidambaram called the announcement of the repeal that is expected in the upcoming winter session, “a victory for the farmers” and said the Prime Minister took the call as BJP is worried about the results of the election that awaits them next year in UP, Uttarakhand, Goa, Punjab, and Manipur.

“Anyway, it is a great victory for the farmers and for the Congress party which was unwavering in its opposition to the farm law.

West Bengal Chief Minister Mamata Banerjee congratulate the farms and said “this is your victory”.

“My heartfelt congratulations to every single farmer who fought relentlessly and were not fazed by the cruelty with which @BJP4India treated you. This is YOUR VICTORY! My deepest condolences to everyone who lost their loved ones in this fight. #FarmLaws,” she tweeted.

Former Punjab Chief Minister Capitan Amarinder Singh, who recently left the Congress and announced his new party and had also not ruled out an alliance with the BJP if farm laws were repealed, thanked the Prime Minister for this decision.

“Great news! Thankful to PM @narendramodi ji for acceding to the demands of every Punjabi & repealing the 3 black laws on the pious occasion of #GuruNanakJayanti. I am sure the central government will continue to work in tandem for the development of Kisan! #NoFarmers_NoFood @AmitShah” he tweeted.

Delhi Chief Minister Arvind Kejriwal also hailed the farmers after the PM’s decision and said the coming generations will remember how the farmers of this country put their lives on the line to save their livelihood.

“What great news was received today on the day of light? All three laws were repealed. More than 700 farmers were martyred. Their martyrdom will be immortal. The coming generations will remember how the farmers of this country put their lives on the line to save agriculture and farmers. I salute the farmers of my country,” he tweeted.

Prime Minister Narendra Modi earlier addressed the nation announcing the repeal of the controversial farm laws and also expressing regret that the government could not make a section of farmers understand the importance of the new laws.

He said the laws would be repealed in the upcoming winter session of Parliament and urged farmers who have been camping at the Delhi borders to go back home.

Farmers, mostly from Punjab, Haryana and western Uttar Pradesh, have been camping at several Delhi borders since November 26, 2020, demanding a complete repeal of three farm laws and a legal guarantee on minimum support price (MSP) for their crops.