Main reason for extremism is schools and colleges not madressahs: Pak min

Defending the government’s recently signed agreement with Tehreek-i-Labbaik Pakistan (TLP) even after the country witnessed violence for over two weeks, Chaudhary said the situation was a “ticking bomb”. 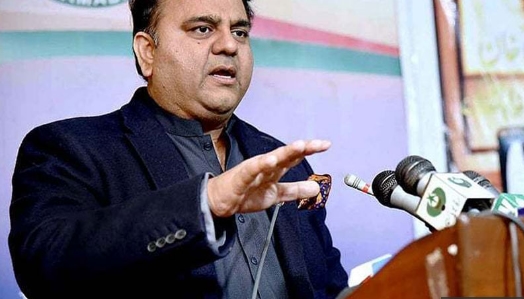 Islamabad: Pakistan’s Minister for information and Broadcasting Fawad Chaudhary has blamed schools and colleges as being the main reason for extremism and not madressahs.

While addressing the launching ceremony of the “charter of peace” organised by the Pakistan Institute of Peace Studies, the minister said, “In the 90s, teachers (in schools and colleges) were appointed to preach extremism.”

Extremism did not flourish through madressahs (seminaries), but schools and colleges, Dawn quoted him as saying.

Speaking on the growing extremism in the country, he said, “Many people think that the remedial steps taken by us [the government] are inadequate while the truth is that neither the government nor the state is completely ready to fight extremism.”

Defending the government’s recently signed agreement with Tehreek-i-Labbaik Pakistan (TLP) even after the country witnessed violence for over two weeks, Chaudhary said the situation was a “ticking bomb”.

He blamed the state institutions for the growing terrorism and said, “Some 30 years ago, on the basis of political and external reasons, we created an element and as a result, Pakistan is facing a big threat.”

“If the state becomes weak and violent groups become strong, the problem starts,” he said while adding that one needs to be hard to usher in soft change.

Geo TV quoted him as saying the menace of extremism is one that could isolate and destroy a country, and unfortunately, Pakistan “was pushed” towards it for political and foreign policy reasons.

Pakistan faces “the biggest danger from within,” he added.