The brand received a funding amount of Rs 10 crore from The Virtual Group and has already established its roots in the city of Kolkata, Guwahati, Jorhat, Bulandshahr, Lucknow, Bilaspur, Korba, and Dhubri. 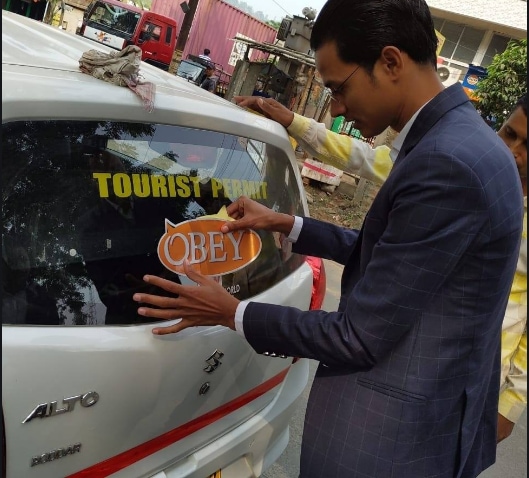 Lucknow: One of the country’s most affordable cab services, Obey Cabs has extended its utilities to the city of Lucknow on Saturday.

The brand received a funding amount of Rs 10 crore from The Virtual Group and has already established its roots in the city of Kolkata, Guwahati, Jorhat, Bulandshahr, Lucknow, Bilaspur, Korba, and Dhubri.

The company was founded with the vision to provide taxi drivers better financial and income opportunities while minimizing surcharges for their customers,

Obey Cabs have 35000 cabs servicing people around 8 cities all over the country. They are making sure that their cabs ask for no cancellation charges, no extra night fares, and also no charge recharges, making them the city’s most affordable cab option. They are also providing an insurance policy available for all their users.

Founded by Sanjai Kumar, Obey Cabs is working with an aim to provide indigenous service to the whole country. They are fulfilling a dream to provide the cheapest service so that every person in the country can book a taxi according to their needs.

Talking about the inspiration that led him to launch the brand, Mr Kumar here on Saturday said, “A lot of drivers face challenging situations due to other companies taking more commission from the driver but none of them is ready to solve their problem. On the other hand, a lot of cabs also charge bizarre amounts from their customers. Therefore, I decided to make a company that will have the cheapest fare and lowest commission so that no one has to suffer.”

Obey Cabs is also gearing up to launch its services in five cities of Gujarat in the month of November, including Ahmedabad, Gandhinagar, Rajkot, Surat, and Vadodara, he added.

Mr Kumar said by 2022, they have a target to provide their services to the whole country and also start a helicopter service from Dhaka city of Bangladesh from April of 2022. For this, they are planning to launch six helicopters initially. Working hard to provide the best services, Obey Cabs is definitely emerging as the most sought-after cab service in various cities, he claimed.