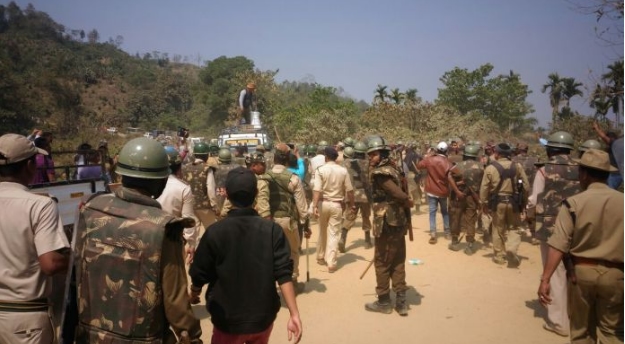 Guwahati: Expressing utter dismay over the Assam-Mizoram border conflict where six Assam police personnel and a civilian had to sacrifice their lives on July 26, 2021 evening, the North East Indigenous Peoples Forum (NEIPF), a northeast-based indigenous body, with chapters all across the region, urged both the State governments to amicably settle the border issues and also take appropriate steps for restoration of peace in border areas.

Various agreements were reached between the respective state governments to maintain a status quo in the disputed areas, but these agreements were repeatedly violated, resulting in tension and damage to people’s property living in the affected areas, said the Indigenous body in a statement.

It further noted that border conflict between the states of the northeast has been lingering on for a considerable time, where tension and conflict crop up repeatedly with no solution in sight resulting not only in immense hardship and suffering for the people living in these disputed borders areas but even causing loss of precious human lives.

The NEIPF also appealed to all sections of people to maintain calm and stress on the need to resolve age-old issues through negations at the village head level.