Now part of the Bishnupur district, Moirang was the site of the first-ever unfurling of the tri-colour (with a springing tiger) of the INA on April 14, 1944, after its liberation – albeit temporarily - from the British during World War 2. 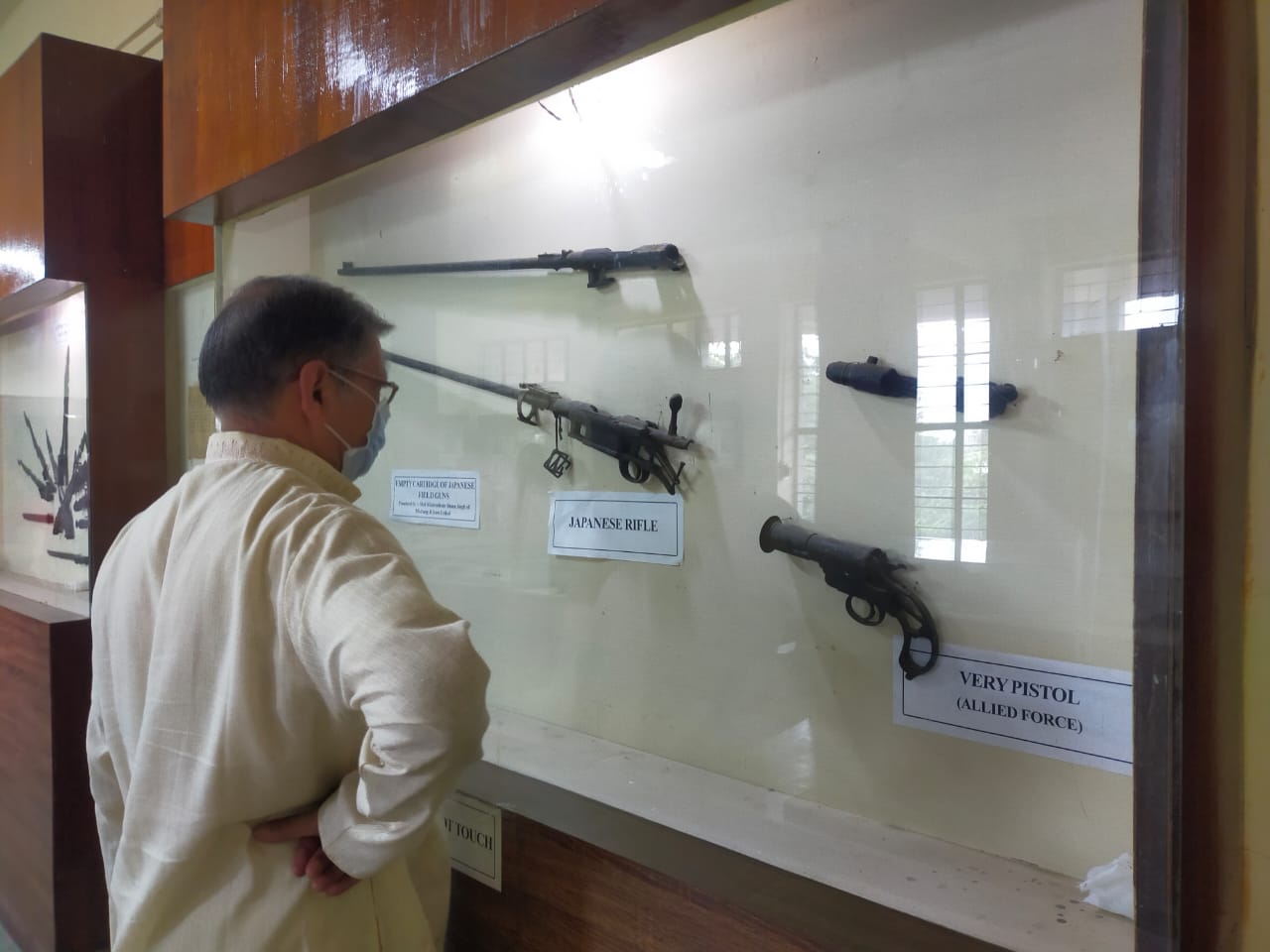 Moirang (Manipur): This small town about 45 kilometres from Manipur’s capital city Imphal on Sunday buzzed with excitement and enthusiasm as it fondly remembered the exploits of legendary freedom fighter Netaji Subhas Chandra Bose and his Indian National Army on the leader’s 125th birth anniversary.

Now part of the Bishnupur district, Moirang was the site of the first-ever unfurling of the tri-colour (with a springing tiger) of the INA on April 14, 1944, after its liberation – albeit temporarily – from the British during World War 2.

Also famed for the ancient temple of the deity Lord Thangjing and with the majestic Loktak lake in its bosom, Moirang celebrated the day with flag hoisting, incessant slogans of ‘Jai Hind” (Netaji’s battle cry) and speeches. However, notwithstanding the great occasion, the observance was slightly muted in view of the Covid protocol.

A book release function was held to mark the day at the INA Martyrs’ Memorial complex set up by former Prime Minister Indira Gandhi on September 23, 1969. The complex is a storehouse of war relics, highlighting the gallantry of the soldiers of Netaji’s army. A grand statue of Subhas Chandra Bose stands tall in the complex. All through these years, the place has become a pilgrimage of sorts of Indians paying tributes to the freedom fighters.

“A large numbers of tourists from all over the country come to Moirang to pay tribute to the freedom fighters and some of them collect the soil of Moirang considering it as a sacred land,” Managing Director of Seven Sisters tourism, H Radhakrishna Sharma, told UNI.

Dhiren Sadokpam, Independent researcher on the INA movement and the Japanese who visit the state, said the remains of the soldiers who died in the war are regularly searched by the government and other enthusiasts. “Remains of thousands of soldiers are yet to be found.

The family members of the Japanese who died in Manipur visit the state every year and pay tributes to the departed souls. War relics of the INA, Japanese and Allied Forces are found in abundance still today,” Sadokpam told UNI. The Manipur Government is also developing the complex as a historic site. People of Moirang have preserved the building which was used by the INA.

The owners of the building have handed over the property to the government. Those owning buildings in the surrounding areas have also done so. The complex is being developed on land measuring 2443 sq. Ft, with Manipur Police Housing Corporation Ltd being the implementing agency.

A giant Indian National flag will be hoisted on a 165 feet tall mast at the site. Mairenbam Santa, who lives near the INA Museum said he visits the complex frequently to take inspiration from the war relics which include documents, photographs, etc. “There were large numbers of people from the area who were part of INA, but there are no survivors now.

The INA soldiers always narrated glowing takes about the charismatic leadership of Netaji Subhas Chandra Bose and his love for the motherland,” Santa said. A Bishnupur district official said the INA memorial complex, Loktak lake and a War Peace memorial – all located in the district – could become a wonderful tourist spot and once the ongoing projects near the memorial complex are completed the memorial will attract lot of visitors.

Manipur tourism department, Manipur Tourism Forum and the Indo Japanese Friendship Association are also trying to develop the complex and highlight the importance of the place to the outside world. After his great escape from India in 1941, Netaji took over the rein of the Indian National Army (INA) on July 4, 1943, and reinvigorated the freedom struggle in a foreign land with the call, “Give me Blood, I Will give you Freedom”.

The INA declared war against Britain and US on 23 Oct 1943 and a full offensive codenamed Operation U-Go was launched towards Manipur. After detailed talks with Field Marshal Terauschi and Chief of Staff, General Sugiyama of the Japanese Army, the INA launched its mission to liberate Manipur, the Gateway to India. The British lined up 1.2-lakh soldiers of the Fourteenth Army to meet the advancing combined force of INA and the Japanese Army.

After a fierce land battle, the First Division of the INA, comprising 7000 personnel, managed to unfurl the tri-colour under the leadership of Colonel Shaukat Ali Malik at about 5 PM on April 14, 1944. However, by July 18, 1944, all Japanese and INA forces withdrew due to a shortage of food and ammunition. Every year, April 14 is observed as Flag Hoisting Day. The importance of Moirang lies in Netaji and the INA’s success in achieving a broad unity of various tribes and non-tribal people.

“The INA got total support from the local population of the area. Even about 75 years after independence, India is still plagued by sectarianism. In that respect, the bonding achieved by the INA is a lesson for all present leaders,” said Netaji researcher Jayanta Chowdhury.  UNI