Meghalaya rules out lockdown amid spike in COVID-19 Cases

On Tuesday, the State recorded 87 fresh COVID-19 cases, the highest daily spike so far this year, taking the number of active cases up to 270. 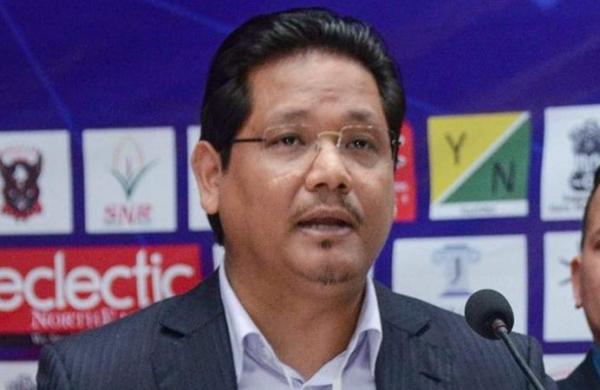 Shillong: The Meghalaya government has ruled out the possibility of a complete lockdown in the State amid the rising COVID-19, even though health authorities have imposed stricter restrictions to curb the spurt of the virulent infection.
On Tuesday, the State recorded 87 fresh COVID-19 cases, the highest daily spike so far this year, taking the number of active cases up to 270.
“So far the government has not thought of it. But we have imposed stricter restriction to curb the spread of diseases,” Deputy Chief Minister Prestone Tynsong told UNI.
A night curfew is already imposed between 10.00 PM to 5.00 AM in East Khasi Hills district that includes State capital Shillong, besides shutting down of all shops, establishments, restaurants by 9.00 PM due to rising number of COVID-19 positive cases.
The State government has also increased the penalty, from Rs. 500 to Rs. 100, against those who don’t wear masks in public places.
Rao said attendance in congregation would be brought down to 50 percent
However, the government has not taken a decision on closure of schools and colleges and left in on school authorities to decide on it for the time being.
“All entrants into the State, baring those from the northeast, would have to produce a RT-PCR or CBNAAT or TruNat negative certificate or would be tested at the entry point on a payment basis,” Chief Secretary M.S.Rao said.
Director Health Services (MI), Dr. Aman Wat said the number of active cases in the State shot up to 270, even as ten more recoveries from the viral infection were also reported taking the number of recovered cases in the State to 13, 966.
He said the new COVID-19 cases detected on Tuesday were reported 74 including seven Armed Force/Paramilitary Force in East Khasi Hills district, four in Ri-Bhoi district, three in West Jaintia Hills district and one in West Khasi Hills district.
With 215 active COVID-19 cases, the East Khasi Hills, which includes State capital Shillong is the most affected district followed by West Jaintia Hills with 27 active cases and Ri-Bhoi district with 17 active cases.
Meghalaya has so far registered 14, 387 COVID-19 cases, including 151 deaths with 1.06 per cent case fatality rate.
Of the total 4,24,940 swab samples tested till date, 4,10,553 yielded negative for COVID-19, Dr War said, adding that the number of entrants from outside of Meghalaya till Tuesday afternoon is 1, 02, 957.
Moreover, 22, 647 health care workers were vaccinated with the first dose of Covishield, and 16,172 health care workers received the second dose, while 33, 477 frontline workers were administered with the first dose of the vaccine and 21,401 frontline workers got the second shot, even as 56, 868 persons from among the general public were inoculated with the first dose and 4,244 received the second dose of the vaccine against Covid-19 across the State.