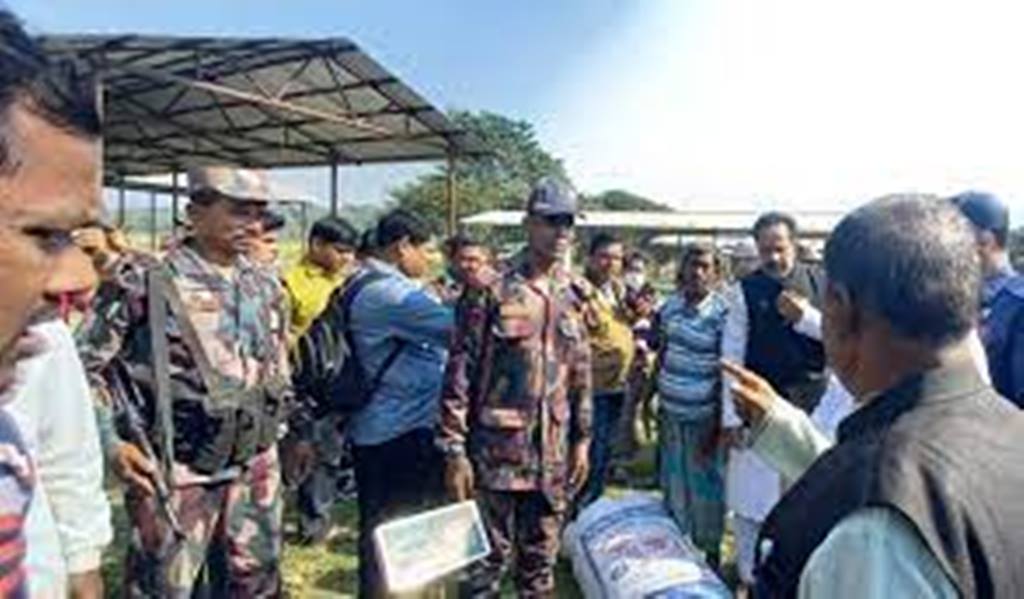 Shillong: The traditional border “haat” (border market) at Kalaichar in Meghalaya’s South West Garo Hills district and Baliamari in Kurigram district of Bangladesh reopened for trade on Wednesday after remaining closed for more than a year due to COVID-19 pandemic-related restrictions.

As the border trade reopened on Wednesday, the border residents were visibly excited as they would now be able to resume their business after months of uncertainty and earn a decent livelihood before the start of the forthcoming Christmas and New Year festivities.

“We are really happy that the border haat has reopened. All villagers living along the India-Bangladesh border here had been facing immense hardship due to the long closure of the market, as trading here is the major source of livelihood among the peoples living on both sides of the border,” an elderly person, who trades in raw materials said.

A meeting of the Joint Border Haat Management Committee between India and Bangladesh to reopen the Border Haat was held earlier this month in the presence of Deputy Commissioner, South West Garo Hills, Gideon Khawmawphlang and District Magistrate of Kurigram district of Bangladesh, Md. Rezaul Karim at the Border Haat premises, in which both the parties had mutually agreed to reopen Kalaichar-Baliamari Border Haat from November 30, 2022.

Officials from both the neighbouring countries had also consented to trade 62 commodities, increase the number of vendors to 50, beautification of Border Haat and also repair the fencing around the market premises. It was also decided that the Border Haat Committees of the both the countries would sit for a meeting at least once a year.

Presently, there are seven India-Bangladesh border haats, with nine more in the pipeline.

The ‘haats’, were once thriving centres of trade and commerce along the India-East Pakistan (now read Bangladesh) were shut down after the creation of Bangladesh in 1971. Border markets are popular among people on both sides of the border living in remote enclaves and hilly areas as they find it difficult to buy and sell products needed in everyday life.