The former militant-turned politician was arrested on Tuesday from Hapur in Uttar Pradesh after his farmhouse at Edenbari in West Garo Hills district was raided by the state police on July 22. 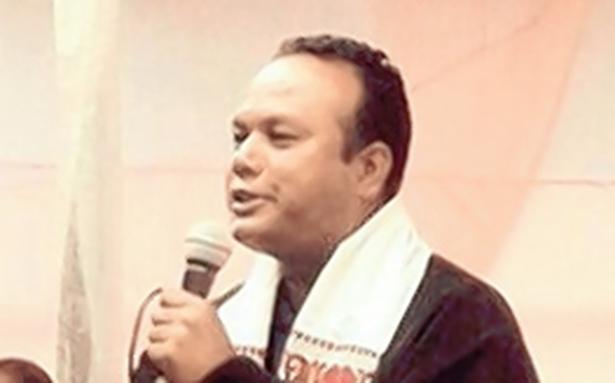 Shillong: The explosives that were seized from the farmhouse of now-arrested Meghalaya BJP Vice-President Bernard N Marak on Thursday will be sent to the Forensic Science Laboratory (FSL) to check their intensity, police said on Friday.

The former militant-turned politician was arrested on Tuesday from Hapur in Uttar Pradesh after his farmhouse at Edenbari in West Garo Hills district was raided by the state police on July 22.

Police have alleged that the farmhouse, which was earlier the designated camp of the disbanded A’chik National Volunteers Council (ANVC-B), was used as a brothel.

A local court has granted eight days police custody of Marak, who is also currently a member of the Garo Hills Autonomous District Council (GHADC).

“We will be sending the explosives to determine the intensity of the detonators to the forensic lab,” Vivekanand Singh Rathore, district police chief of West Garo Hills district, said.

The recovery of 35 gelatine sticks, 100 detonators apart from four cross bows and 15 arrows from the farmhouse was made, when a team of District Child Protection Unit and Meghalaya Police had gone to collect the clothes and books of the children, who were rescued from the premises during the raid on July 22.

Police have registered cases against Marak under the Explosives Substances Act, 1908 and the Protection of Children from Sexual Offences Act, 2012.