The bye-elections were necessitated after the deaths of two Congress legislators – David A Nongrum from Mawryngkneng constituency and Dr Azad Zaman from Rajabala constituency – and Independent legislator from Mawphlang, Syntar Klas Sunn. 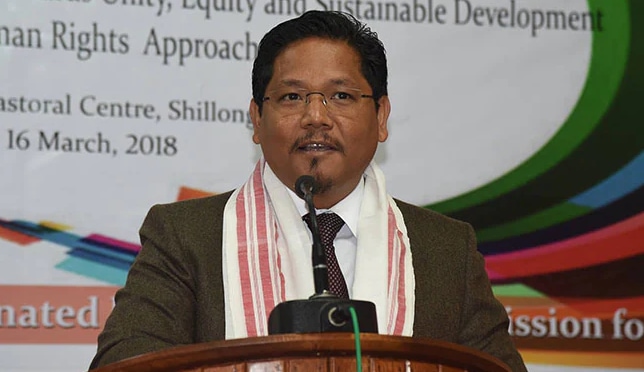 Shillong: Thirteen candidates have filed their nomination papers to contest the upcoming bye-elections to three assembly constituencies, slated for October 30.

The bye-elections were necessitated after the deaths of two Congress legislators – David A Nongrum from Mawryngkneng constituency and Dr Azad Zaman from Rajabala constituency – and Independent legislator from Mawphlang, Syntar Klas Sunn.

Of the 13, five candidates each will be contesting from Mawryngkneng seat and Rajabala constituencies and three from Mawphlang constituency.

In Rajabala, late Dr Zaman’s widow Hashina Yasmin Mondal will contest to retain the Congress seat against former legislator and sitting MDC of Batabari, Ashahel D Shira from UDP and three others – MD Abdus Saleh from NPP, Kingston B Marak (BJP) and Carla R Sangma (Independent).
The date for counting of votes has been fixed on November 2.
Meanwhile, the East Khasi Hills district administration has issued order under Section 144 Cr.P.C., to thwart any possible attempt at bribing of voters ahead of bye-elections.

Pointing out that the Model Code of Conduct and other instructions issued by the Election Commission have become operative, the district magistrate and election officer, Isawanda Laloo stated that the Commission has directed to “check bribery of voters during the conduct of any election and ensure the voters exercise the franchise freely and fairly without fear or inducement”.

“Information is received that some persons are likely to carry large amounts of cash likely to be used for inducement of electors,” she said in the order issued on Friday. The order prohibits any person or group of persons from carrying cash exceeding Rs 50,000 only or gift items which are valued at more than Rs 10,000.