The acclaimed cinematographers highlighted that one’s cinematography technique depends on the knowledge, thoughts, and beliefs accumulated in one’s life when one reads poetry, books, and draws a painting among others 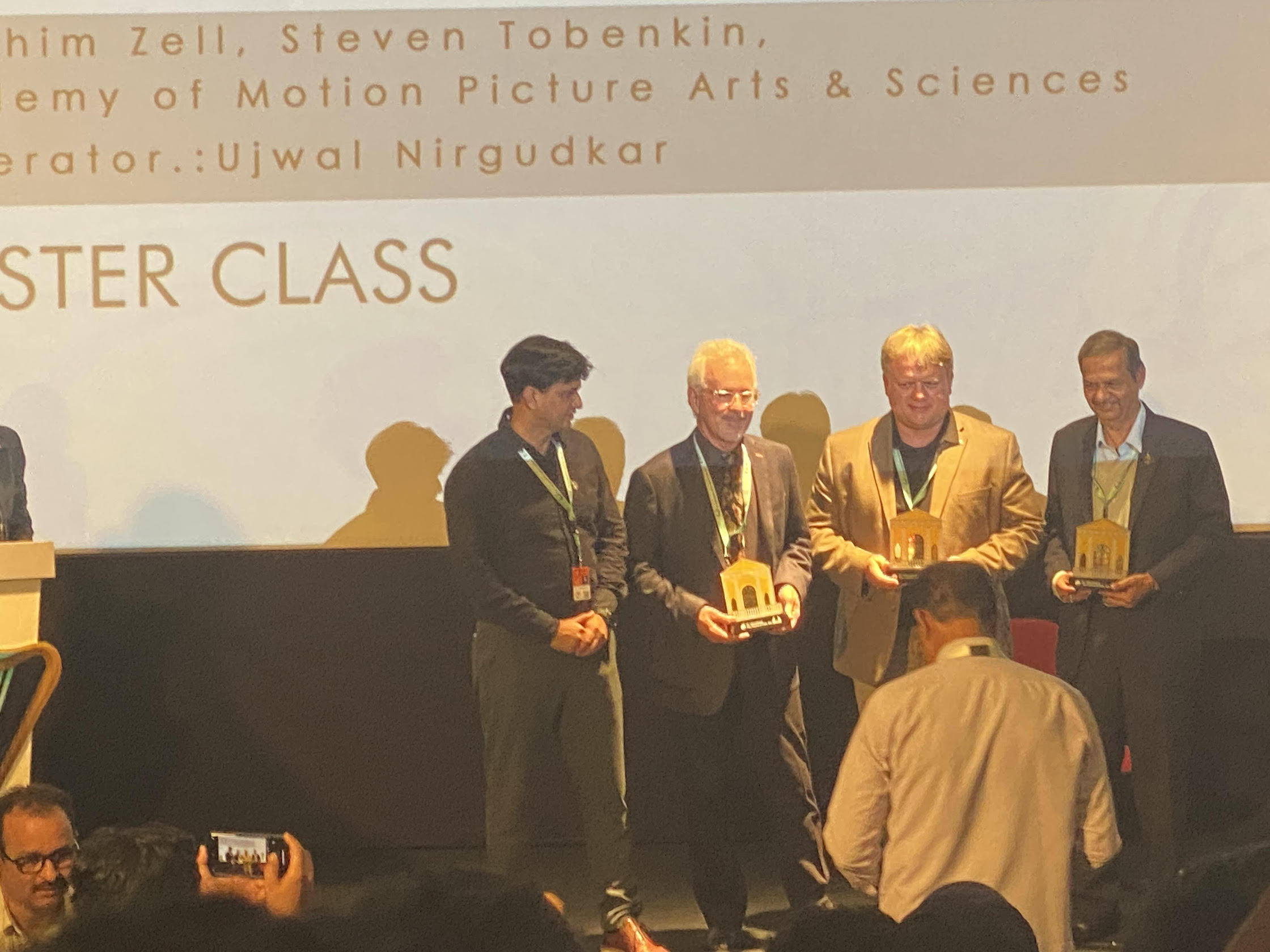 Panaji: Learning being a continuous process, hundreds of delegates at the 53rd International Film Festival of India (IFFI) starting from film practitioners, film critics to students and enthusiasts are attending several masterclasses and in-conversations sessions with eminent onscreen and offscreen film personalities, including members of Academy of Motion Picture Arts and Sciences, Los Angeles.

On the 7th day of the festival Saturday, an in-conversation session on ‘nuances and techniques in cinematography’ with renowned cinematographer Supratim Bhol, Manoj Paramhansa and Rathnavel was held at Maquinez Palace-I, Panaji.

During the session moderated by film critic Bhawana Somaaya, the acclaimed cinematographers highlighted that one’s  cinematography technique depends on the knowledge, thoughts, beliefs accumulated in one’s life when one reads poetry, books, draws a painting among others.

Another masterclass on ‘guiding light’ with renowned Bollywood DOP Anil Mehta followed later in the afternoon at the same venue where the celebrated DOP reiterated that for him while taking up any project and guiding is always the screenplay and the situations that the characters are thrown into. He added that as a DOP one is expected to deliver despite any amount of pressure and cited examples of his works by Laagan,  Khamoshi etc.

The jam packed Masterclass of Anil Mehta was followed by another, the first Masterclass in India on ‘Academy Colour Encoding System (ACES)’ with Joachim Zelli and Steven Tobenkin of Oscar Academy.

As many as 23 masterclasses and in-conversations series are being held throughout the festival.

The masterclasses and in-conversation sessions are being organised to encourage the best practices in filmmaking for the film enthusiasts and students by Satyajit Ray Film & Television Institute of India, Kolkata, the National  Film Development Corporation, NFDC, and the Entertainment Society of Goa.