The UK team gave a walkover after heated arguments between the teams over a foul given against the India A team, thereby making India A winner by default. 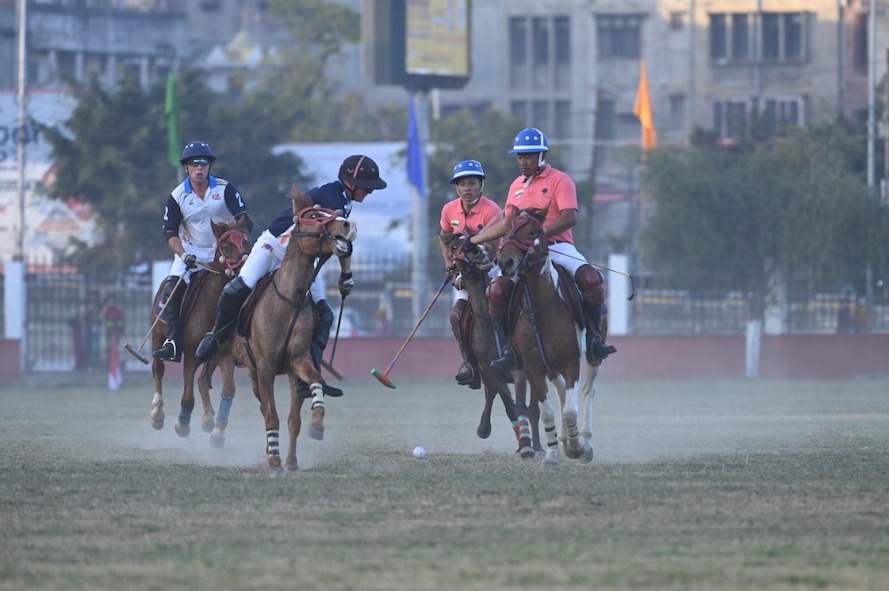 Imphal : USA conceded its match against India A in the beginning of the 3rd Chukkar in the 1st ground while India B (Manipur) overcame spirited challenge from the UK team to emerge victorious 8-7 in the 2nd ground on the sixth day of the 14 Manipur Polo International organized by the Manipur Horse Riding and Polo Association at Mapal Kangjeibung, here on Sunday.

The UK team gave a walkover after heated arguments between the teams over a foul given against the India A team, thereby making India A winner by default.

The 2nd match, as expected turned out to be one of the most exciting matches of this tournament. The match was a very hard fought one, played at a very fast pace, each team not yielding an inch to the other.

Pradeep opened the score for Manipur from a 40 yards spot kick in the 1.05th minute of the first chukker while L Rohit added another one in the dying seconds of the Chukker. For the UK side Phil Seller scored twice (5.14th minute and 5.57th minute) while Henry Tucker added another one for UK to lead 3-2 at the end of this chukker.

In the 3rd chukker both the teams added two more goals to end the chukker at 6-5 in favour of the UK. Phil Seller, who had a wonderful match, scored both the goals for the UK team while L Atangba and P Ojit scored for Manipur.

The 4th chukker is where Manipur scraped past the UK team. The Home team pumped in 3 goals,  L Atangab scoring twice and captain T Pradeepkumar one while the UK team could add only one goal through Henry Amor. Manipur finally emerged victorious 8-7 at the end of the match.

As per the points table both these two teams, Manipur and UK being First and second will clash once again in the final of the 14th Manipur Polo International 2022 on November 29, Tuesday.