The Union Minister said the photo booth is the first G-20 booth unveiled in the country, further stressing that with it people’s involvement in the G-20 has actually begun in Manipur 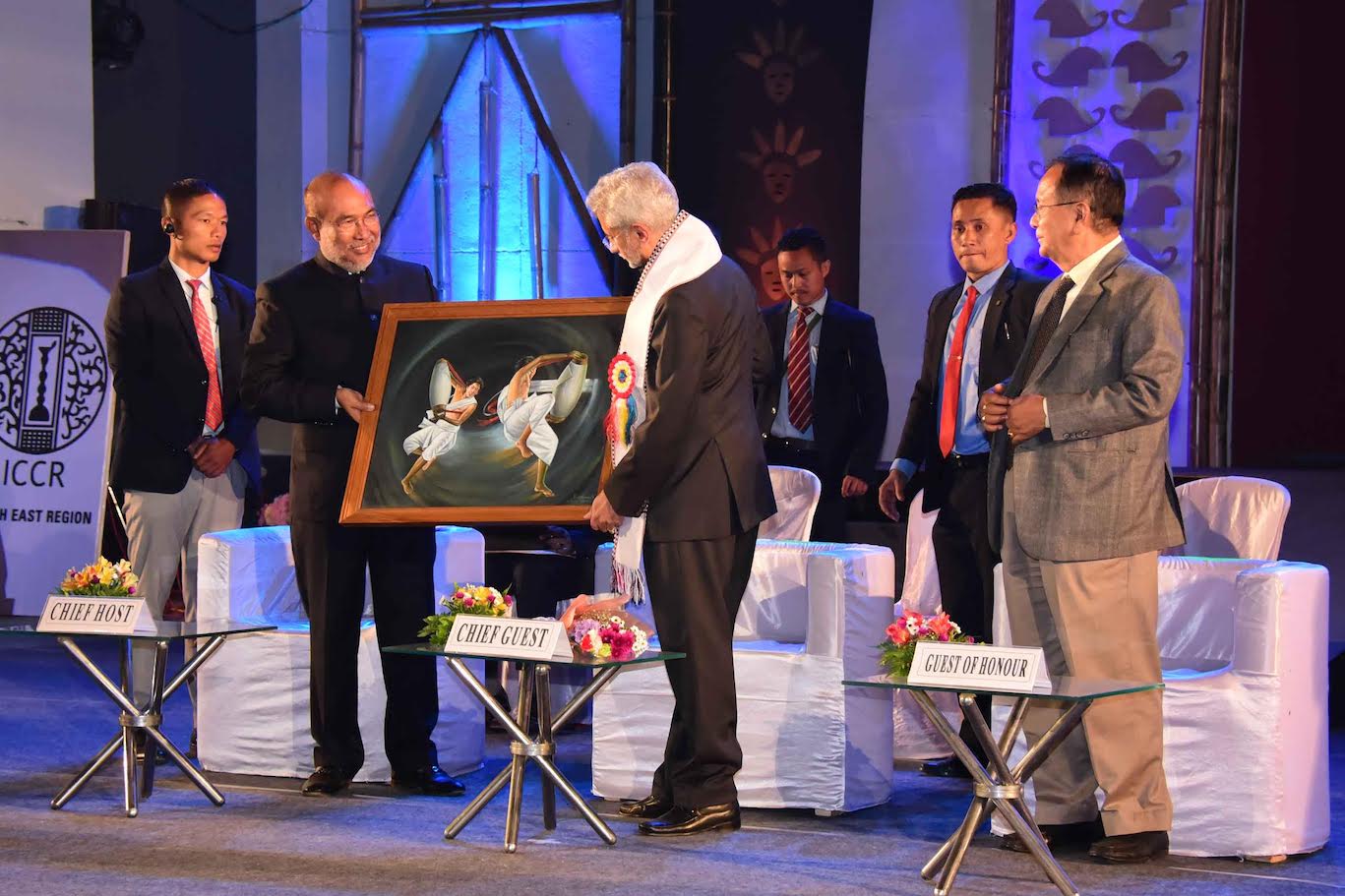 Imphal: We want the G-20 to be celebrated and participated by the entire country, Union Minister of External Affairs Dr S. Jaishankar said Saturday at the Sangai Festival.

Dr Jaishankar was speaking as the Chief Guest of a Cultural Evening here as part of the Manipur Sangai Festival which is celebrated across the state. Earlier in the evening, the Union Minister had inaugurated a G-20 photo booth at Hafta Kangjeibung. India is hosting the G-20 summit in 2023.

After inaugurating the photo booth, the Union Minister said the photo booth is the first G-20 booth unveiled in the country, further stressing that with it people’s involvement in the G-20 has actually begun in Manipur.

Stressing that the G-20 is a big event, he elaborated that the government wants the G-20 event to be not only a Government’s event and wants people to be part of it and interact with it so it will be celebrated across the country.

To the young students who attended the inaugural event, the Union Minister said we want to show to the world the real enthusiasm, energy of the young people.

At the evening cultural event at BOAT, Dr S. Jaishankar said there will be multiple cities and States of India that will be hosting various events related to the G-20 and obviously Manipur will also be one of them.

We also want to do it in a way that the people of India have a sense of relationship and ownership with the G-20, he said, expressing hope that the people and the State will certainly welcome the event in a grand manner.

Stating that this is an opportunity to familiarise the entire world with a sense of what India is, he elaborated that a large part of it is related with tourism promotion.

We really think tourism promotion is one of the big untapped potential for growth in the country especially in NE and certainly festivals like this have their own attractions, he said, further highlighting other attractions like nature, culture, living heritage, arts and craft.

He further assured that the MEA is firmly committed to bringing development in NE and Manipur.

Further in his speech, the Union Minister also highlighted Prime Minister Narendra Modi’s Independence Day speech and said that when the Prime Minister had asked “us to put the colonial mentality behind us,” he had meant that we should be who we are.

He elaborated on the Centre’s and the Prime Minister’s commitment to the North East and said it is not one of gesture, it is demonstrated in terms of resources, projects and in terms of attention.

The Minister further stressed that today we see growth and progress of the NE region, greater connectivity both within the region and with other parts of the country and neighbouring countries.

Speaking as the Chief Host of the Cultural Evening at BOAT, Chief Minister N. Biren Singh said Prime Minister Narendra Modi will be addressing the Closing Function of the Manipur Sangai Festival, 2022.

He said the festival is being organised at 14 venues across the State and further expressed happiness with the spirit, participation and support of the people to the festival at the venues.

Manipur is small, but we have more than 34 communities with different dialects, different food habits, this is the beauty of India and the beauty of Manipur, he said adding that this year the festival is organised under the theme of Festival of Oneness.

The Cultural evening was also attended by Minister of State for External Affairs Dr. Rajkumar Ranjan Singh, Ministers, MLAs, Chief Secretary Dr. Rajesh Kumar among others. Various cultural performances including a cultural mosaic of communities from North Eastern States, a Drum Medley from drummers from Japan and Manipur were highlights of the event.

As part of the inaugural of the photo booth, Dr. S. Jaishankar had also interacted with the students and explained the objective of G-20.