During the interaction, it came to light that the village with about 2000 people cultivates about 260 hectares of paddy and though the area is located near the Iril River the government has not set up any irrigation facilities. 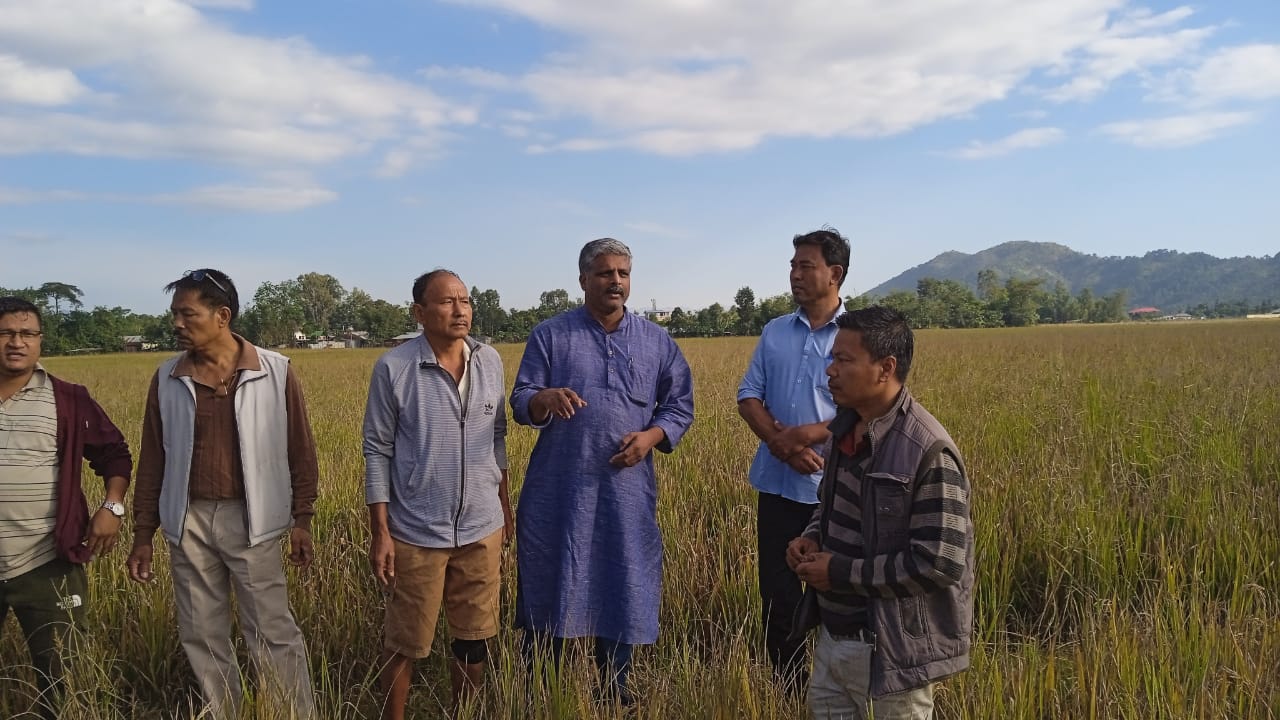 Imphal: The farmers of Manipur have urged the government to declare “drought” in the state considering there is acute shortage of water in most of the fields.

During the interaction it came to light that the village with about 2000 people cultivates about 260 hectares of paddy and though the area is located near Iril River the government has not set up any irrigation facilities.

The farmers said different governments have failed to provide irrigation facilities or enhance productivity. In a hectare when the yield is good they are getting between 2.5-2.8 Tonnes.

The near absence of government initiative to help farmers with proper irrigation, unavailability of farming materials and fertiliser make it hard for the farmers to produce paddy. There is no procurement policy by the government and the farmers are compelled to sell at around Rs.1300-1400/- per Quintal while the centrally announced Minimum Support Price (MSP) is Rs.2040 per Quintal, the farmers pointed out.

Farming is not viable as the cost of production is around Rs.40,000 per hectare and the farmers would have got about Rs 57,000/- per hectare under MSP. Most of the farmers felt they would not be getting even the amounts they spent .

He said in Kerala a special incentive of Rs.2850 per Quintal with fertiliser, seed subsidies and other subsidies totalling around Rs.25,000 per hectare is provided to farmers.

Most farmers have decided to stop paddy cultivation and it is time to intervene and help the farmers, Jiten said.

He said field trials at ICAR, Pusa have achieved 4 Tonnes per hectare for dwarf varieties of Manipur Black Rice (Chakhao) while local productivity is only about 800 Kg per hectare. Dissemination of such varieties and technology transfer like System of Rice Intensification (SRI) should be prioritised and incentivised to stop paddy lands from vanishing. This year the farmers suffered most due to poor rainfall and drought-like situations.

Considering the plight of the farmers, the Manipur Loumee Marup and Farmers’ Joint Action Committee, Manipur jointly demanded to declare drought in Manipur and pay compensation of Rs.1 Lakh per hectare to the farmers .

The two bodies have also decided to pursue the matter with the government by submitting documents and memorandum.