If different communities inhabiting the State begin to think only for their respective communities, the meaning of State will be lost, he added. 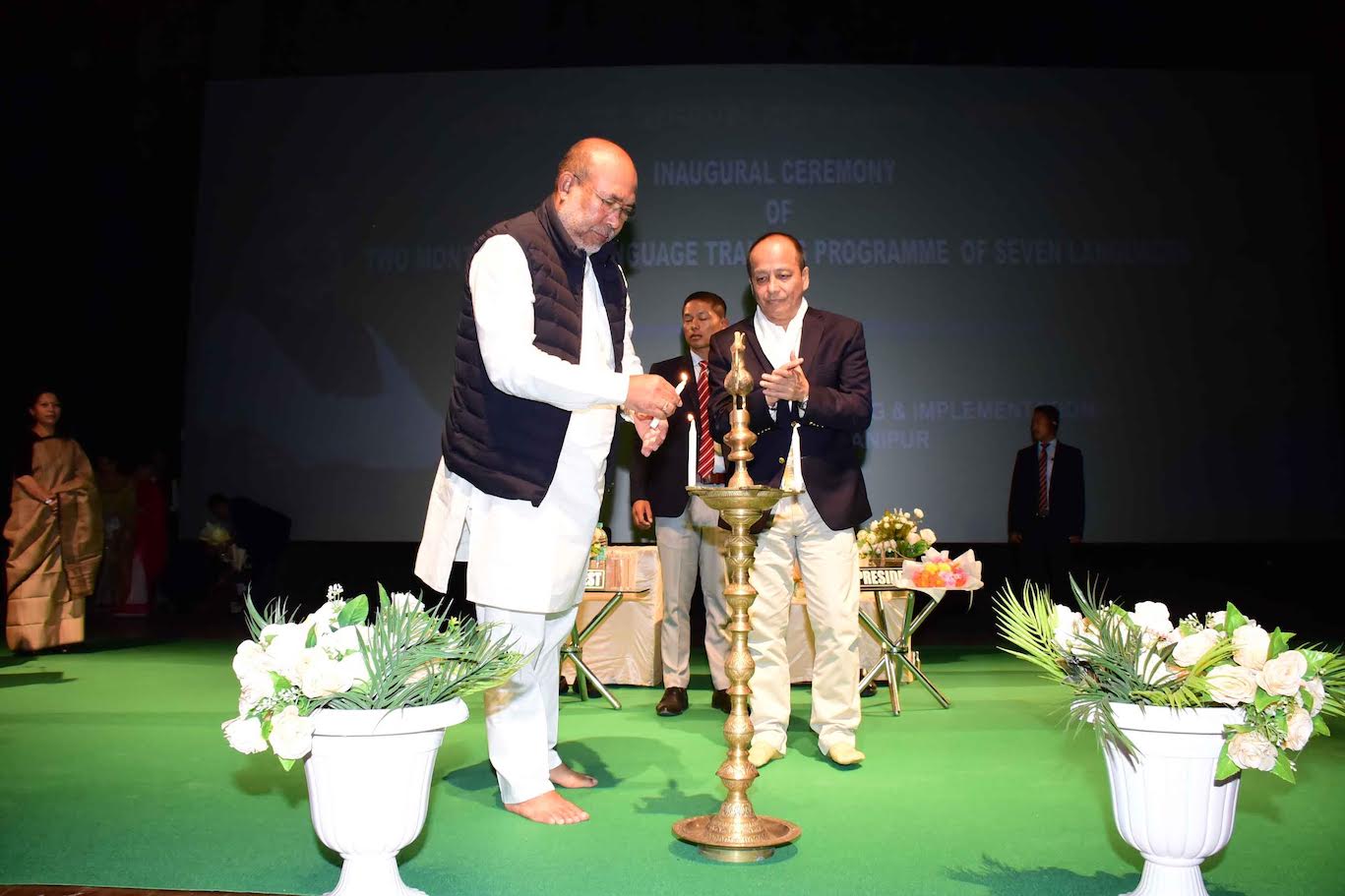 If different communities inhabiting the State begin to think only for their respective communities, the meaning of State will be lost, he added.

Mentioning that the programme is a long-term plan of the Government, the Chief Minister continued that we could go deeply in something when learned or expressed in our mother tongue. As an example, he stressed the need for filing of First Information Report (FIR) by police in the local language of complainants adding that the latter can express more precisely in their own languages.

Further stating the importance of learning different dialects, he informed that priority would be given to those candidates who know multiple local languages, in recruitment of the State Government’s Job.

Expressing satisfaction that many students applied for the training programme, he even stressed the need to extend the language training programme for elders to create a healthy relationship among different communities. He also expressed the need to include the State’s history in the syllabus of School Students to make our younger generations aware of our history and civilization.

N. Biren further raised concern on the worsening of our society, with the absorption of western culture without proper education, knowledge and infrastructure. He also urged all parents and guardians to restrict the usage of mobile phones by their wards only for education and gaining knowledge, as it has become one of the factors for degradation of our society.

Education Minister Th. Basanta Kumar Singh, appreciated the Chief Minister’s far-sighted vision and for coming up with the initiative of the local language training programme.

He said the initiative would remain as a significant step in the history of Manipur adding that the same would help in bringing different communities of the State closer to one another.

He further informed that the Education Department would come up with new uniforms (T-shits and Check shirts) for Government schools from the next academic session.

He also mentioned that a Command & Control Centre had been constructed at Bapupara for real time monitoring of schools and added that the Central Government had also sanctioned Rs. 3 crore for implementation of the same.