Speaking on the occasion, Governor La Ganesan expressed his appreciation to the Department of Youth Affairs & Sports for successfully conducting the North East Regional Sports Week. 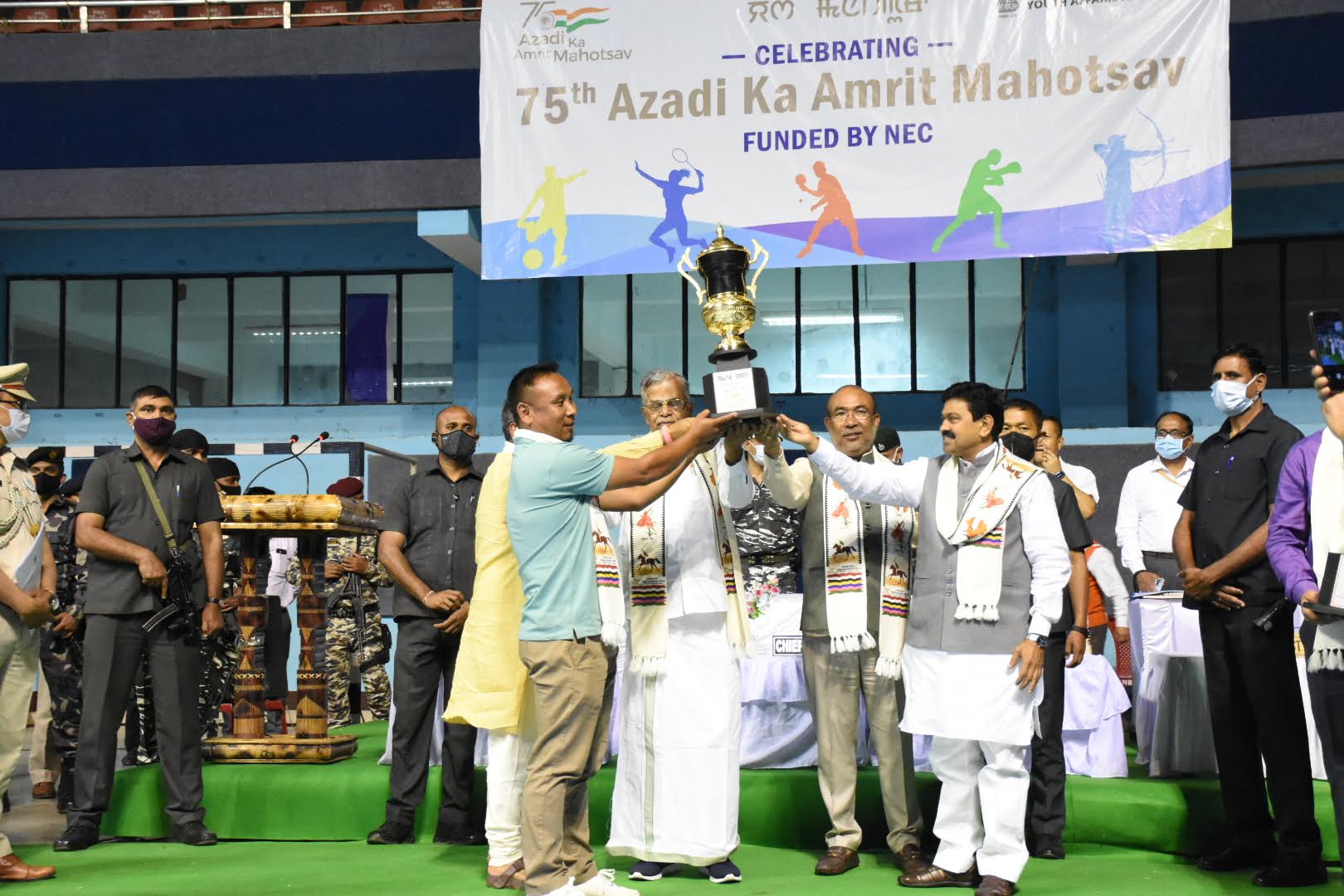 The closing function was graced by the Governor of Manipur La. Ganesan as Chief Guest. The Sports Week was held in connection with the celebration of the 75 years of Indian Independence, “Azadi Ka Amrit Mahotsav”. The Regional Sports Week is being organised by the Youth Affairs and Sports Department, Government of Manipur with the funding of the North Eastern Council (NEC).

The Sports Week from 28th April to 3rd May, 2022, has witnessed players and athletes from seven North East States including Assam, Arunachal Pradesh, Mizoram, Nagaland, Sikkim, Tripura and the host state Manipur competing in select disciplines of Archery, Badminton, Boxing, Football and Table-Tennis.

Speaking on the occasion, Governor La Ganesan expressed his appreciation to the Department of Youth Affairs & Sports for successfully conducting the North East Regional Sports Week. He said, “A consistent practice of a person can achieve anything, but continuous practice is a must, an opportunity will come to get a medal in sports”.

He encouraged the sportspersons to have discipline to become great and popular sports persons for the sake of the country. He added that the Sports Week would celebrate the sporting spirit across all the North-eastern States and would also showcase the sportsmanship of our talented players.

Chief Minister N. Biren  Singh, who presided over the closing function, extended his gratitude  to the Governor of Manipur La Ganesan  for visiting hills and valley areas of the state and addressing the concerns of the people.

“With the celebration of the 75 years of India’s Independence in different parts of the northeast states, the whole of the North East became united under one roof. India has now become a more advanced and powerful nation under the leadership of Hon’ble Prime Minister Narendra Modiji. And we all should live and die for a united India,” the Chief Minister added.

Addressing the gathering, Youth Affairs and Sports (YAS) Minister Govindas Konthoujam stated that it was a moment of pride for having such sports events in which the people of Manipur witnessed joy, happiness and disappointment.

He said, “North East Regional Sports Week is a testimony of our capability to move mountains in the field of sports”.  He thanked the players and officials who had participated in the select disciplines of Archery, Badminton, Boxing, Football and Table Tennis for showing off their sports talent and spirit. He thanked all the participants and players from the seven North East States in the 6-day long sports event.

Union Minister of State Ajay Kumar Mishra, who attended the function as Guest of Honour, also addressed the closing event.