Police said they were involved in the recent attack on a police bus at Zewan on December 13. 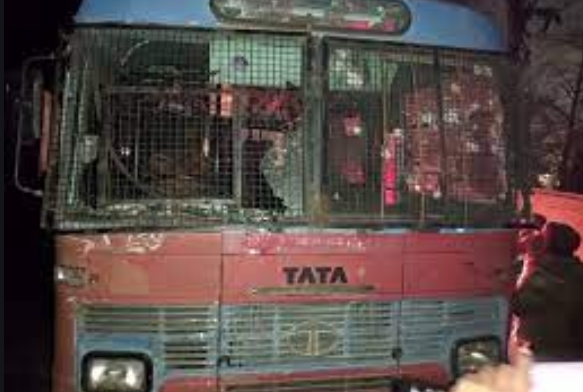 Srinagar: J&K Police on Thursday said Jasih-e Mohammad militants killed in south Kashmir were involved in the attack on a police bus on Srinagar outskirts at Zewan that left three policemen dead and dozen injured.

Six Jaish militants including two Pakistanis and a soldier were killed in two separate operations in south Kashmir districts of Anantnag and Kulgam since Wednesday evening.

In a joint briefing by Army and Police in south Kashmir about the two operations, top security officials termed the killing of Jaish militants as a major success.

“Last night, in two separate operations, six terrorists, including two Pakistani terrorists, of JeM cadre have been neutralized in Kulgam and Anantnag. During the operation, we have lost a brave soldier, Sepoy Jasbir Singh. As the operation was being conducted in very heavily built-up areas, while evacuating civilians from harm’s way, we had two Army personnel and one JKP personnel suffering gunshot wounds. They are all stable as of now,” the General Officer Commanding of Srinagar based 15 Corps Lt Gen D P Pandey said.

Police said they were involved in the recent attack on a police bus at Zewan on December 13.

“ The killed terrorist Altaf and Pakistani Sultan along with another terrorist Suhail Rather were involved in the gruesome terrorist attack at Zewan Srinagar, in which three policemen attained martyrdom and 11 police personnel were injured,” IGP Kashmir Vijay Kumar said

In a separate operation, three militants of Jaish were killed in an encounter in Kulgam.

“Based on specific input generated by Police regarding presence of terrorists in Mirhama area, a joint cordon and search operation was launched. During the search operation, as the presence of terrorists got ascertained, they fired indiscriminately upon the joint search party which was retaliated leading to an encounter. In the ensuing encounter, 3 terrorists of proscribed terror outfit JeM were killed and their bodies were retrieved from the site of encounter,” a police spokesman said
They have been identified as Shahid alias Shahzaid resident of Pakistan, Mohammad Shafi Dar resident of Tral and Uzair Ahmad resident of Mirhama.

“Incriminating materials, huge cache of arms & ammunition including 02 M-4 rifles, 04 AK-47 rifles were also recovered from the sites of encounters,” he said adding, “this proves that Pakistan wants to foment trouble here.”

He said in December, 24 militants including five Pakistani, have been killed.

“This year, the security forces have given a huge setback to Jaish by killing its number one and number two Lamboo and Gazi Rashid in Tral,” he said

Kumar said JeM is still planning an attack on forces.
“There is a danger of IED blasts, but police & security forces are alert. Our intelligence network is fully alert and we will give a befitting reply to it,” Kumar said.