The Congress leader alleged that 2021 witnessed hate and communal feelings which spread quickly and widely. 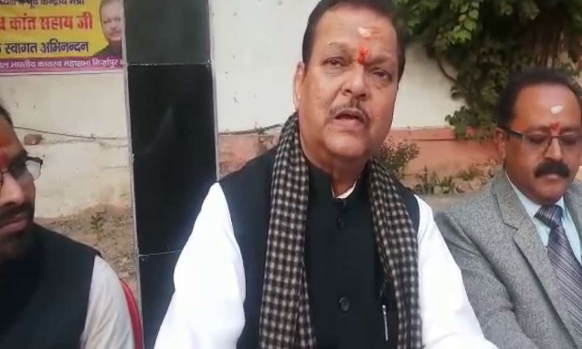 In a statement, Sahai alleged here that ahead of the elections, Modi’s discourse assumes a shrill divisive tone. To retain his chair, he does not hesitate to cross boundaries of ethics and even national interest, he said.

The Congress leader alleged that 2021 witnessed hate and communal feelings which spread quickly and widely.

Condemning the hatred seen at the ‘Dharam Sansad’ in Haridwar, Sahai alleged that some of the participants called for a genocide of Muslims. A mob then entered schools and desecrated statues of Jesus Christ and burnt effigies of Santa Claus.

Friday prayers were also disturbed at many places, he alleged. He said they were all linked with the “project of Hindutva” which had an adverse impact on the democracy.

‘The events of 2021 exposed many faultlines that threatened democracy. As hapless citizens searched for oxygen and hospital bed, the limits of our health system and associated socioeconomic inequalities were laid bare,” he said.

The farmer protests and the eventual repeal of the three farm laws indicate fractures in economic policymaking, he said.

He alleged that the Prime Minister was adopting a radical Hindutva path and forcefully “imposing his fascist ideas” to turn the country into a totalitarian state.

Sahai claimed the people had already resolved to vote the NDA out of power. If Modi failed to change his mind, his party’s existence will be in jeopardy.