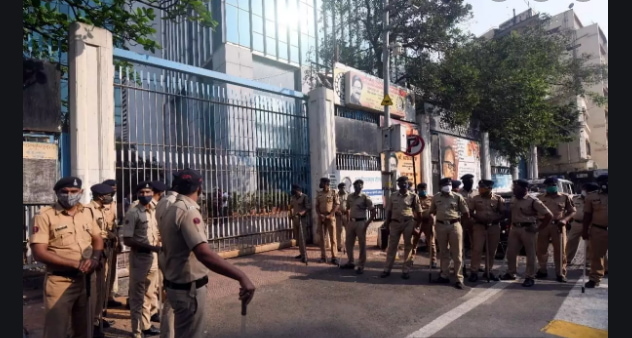 Mumbai: 2021 was a year when incidents of headline-grabbing crime hit Mumbai, India’s financial and movie capital.

These included the brutal rape of a woman who died, the arrest of the former Maharashtra Home Minister, planting of explosives in a car near businessman Mukesh Ambani’s residence and the arrest of Bollywood actor Shah Rukh Khan’s son Aryan in a drug case

Surprisingly, the total incidents of crime registered by the police dipped till November-end as compared to the previous year.

A shocking incident of rape was reported at Saki Naka where a 33-year-old woman was sexually assaulted by a person who then tortured her with an iron rod, leading to her death.

Another incident was reported in Dombivali, where a girl was raped by 33 people for several months. All of them were arrested.

Former Maharashtra Home Minister Anil Deshmukh was arrested by the Enforcement Directorate in a money laundering case. He is still in prison.

This led to Deshmukh’s exit from the government.

Thereafter, trouble began for Parm Bir Singh as several parties filed corruption cases against him at different police stations. The government set up a commission to probe the alleged order to extort Rs 100 crores.

While deposing before the Commission, Vaze gave a clean chit to Deshmukh. Singh told the Commission that apart from his letter, he does not have any evidence of what the former Minister told Vaze.

Most cases were registered in May (15,072) and the least in November, according to police data.

On February 25, 20 gelatin sticks were kept in a car and parked near Mukesh Ambani’s high-rise residence in south Mumbai. Ambani’s family members were also threatened.

Bollywood producer Parag Sanghvi was arrested for fraud as he was a partner in a construction firm of Jitendra Jain. They were accused of cheating home buyers.

The NCB made several raids in the city to fight drug consumption. Shah Rukh Khan’s son Aryan Khan was arrested after attending a party on a cruise ship.

The NCB also arrested the son-in-law of Maharashtra Minority Minister Nawab Malik in drug cases. After eight months in prison, he was granted bail.

Several political leaders were summoned by the ED including former Union Minister Anandrao Adsul in connection with the misappropriation of bank funds.

The Income Tax department raided the property of the relatives of Deputy Chief Minister Ajit Pawar at Pune.