This hike has been given a few days after Salil was reappointed as Managing Director and Chief Executive Officer at Infosys for five years -- from July 1, 2022 to March 31, 2027. 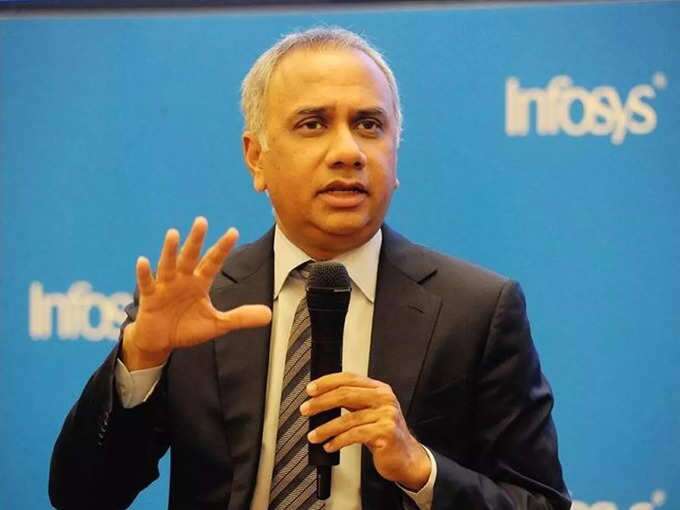 Bengaluru: Infosys CEO Salil Parekh’s annual compensation has increased to Rs 79.75 crore from Rs 42 crore, a salary jump of 88 percent which is much higher compared to many Indian IT CEOs.

Infosys rewarded Salil with a staggering annual hike in compensation for registering industry-leading growth registered under his leadership.

This hike has been given a few days after Salil was reappointed as Managing Director and Chief Executive Officer at Infosys for five years — from July 1, 2022 to March 31, 2027.

According to the company’s compensation philosophy of ensuring alignment of executive compensation with shareholder value, Infosys said almost 97 percent of the increase in Salil’s proposed annual remuneration was linked to performance.

Under the revised remuneration, Salil’s fixed compensation (fixed pay and time-based RSUs) will constitute less than 15 percent of this total compensation at target (compared to 23 percent under his current terms).

Additionally, 70 percent of Salil’s performance-based compensation will be given in the form of RSU or PSU grants.

“It is pertinent to note that Salil will be granted 2,21,000 Performance Stock Units (Rs 34.75 crore) for the fiscal 2023 performance, which is a similar number to the 2,17,200 (adjusted for bonus shares) PSUs (Rs 13 crore) that was granted in his first year of appointment,” the company said.

Replying to critics who expressed their ire over the wide gap between the CEO and an average Infosys employee’s salaries, the company said the CEO’s salary to the median remuneration of employees of the company should be seen in the context of its strong performance and stock price growth.

“Under the company’s general pay structure, equity awards are only granted to senior employees so that most employees at the company have fixed compensation that is not at risk. When the company’s stock price performs well, the equity awards have greater value making such comparison seem larger. Accordingly, the amounts Salil realized from his equity award have been higher than targeted values,” Infosys said.

Listing out key factors that were considered for recommending hike in Parekh’s remuneration, Infosys said under his leadership the company’s Total Shareholder Return (TSR) registered an impressive 314 per cent, the highest among peers, and was well above the TSR (in INR) of benchmark indices of NIFTY at 77 per cent and S&P 500 at 117 per cent.

“The Company’s market capitalization increased during his tenure by Rs 5,77,000 crore (US $69 billion). In comparison, during the preceding four-year period, prior to the appointment of Salil, the Company’s TSR was 30 per cent as compared to the peers’ median TSR of 47 per cent,” the company reasoned.

“The Company has executed its market-differentiating strategy by more than doubling the share of digital revenue from 25.5% (fiscal 2018) to 57.0 percent (fiscal 2022) and is now considered a leading digital company with industry analysts rating it as a leader in 32 categories,” Infosys said.

It further said that it had signed large deals with a total value of US $39 billion for the four-year period from fiscal 2019 to fiscal 2022.

“As part of its strategy execution, the Company also launched Infosys Cobalt – a set of services, solutions and platforms to accelerate the cloud journey for enterprises,” it said.

Infosys said it recommended a revised compensation structure considering Salil’s demonstration of successful business and overall performance since his appointment. “This growth is accompanied by an increase in the total number of employees from 2,04,107 to 3,14,015 during his tenure.”

Infosys said Salil’s remuneration has to be determined keeping in view international benchmarks as the company competes with global peers, particularly in North America and Europe, with almost 87 per cent of the its revenue coming from these geographies.