Moreover, many sponsors have also come forward extending support for the successful conduct of the prestigious competitions,” Mehta told UNI. 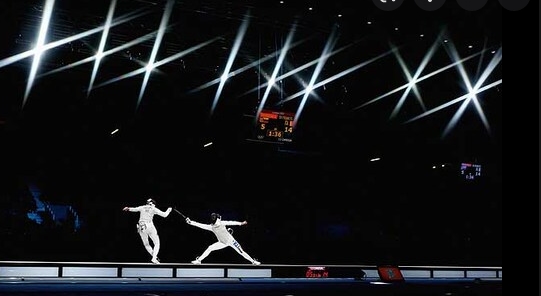 Jammu: Admitting that the graph of fencing has moved upward in the last couple of years, Secretary General, Fencing Association of India (FAI) Rajeev Mehta has said that the Asian Junior (U-20) Men and Women and Cadet (U-17) Boys and Girls Fencing Championships that will be hosted by India in March-April next year will be a milestone for the Indian fencing.

Expressing pleasure on FAI’s successful bid to host the prestigious championships, he said, “We are hosting the Asian Junior (U-20) Men and Women and Cadet (U-17) Boys and Girls Fencing Championships in Gujarat in 2023 in the month of March-April and we are on our toes to make this gala event a grand success.”

“We are quite sure of hosting a successful event and it will be a milestone for the Indian Fencing to take this sport to the next level,” confident Mehta said.

“Our preparations are in full swing and in collaboration with the Gujarat Government and the Sports Authority of India (SAI), we are organising the championships.

Moreover, many sponsors have also come forward extending support for the successful conduct of the prestigious competitions,” Mehta told UNI.

Notably, FAI made a successful bid to host the Asian Junior (U-20) Men and Women and Cadet (U-17) Boys and Girls Fencing Championships 2023 during the Annual General Body Meeting of Fencing Confederation of Asia held at Hamdan Sports Complex, Dubai, UAE in April this year.

The bid was submitted by Rajeev Mehta as the Secretary-General, Fencing Association of India and the same was unanimously passed in favour of India.

The host city will be Ahmedabad (Gujarat/New Delhi) and the championships will take place in the month of March-April 2023.

Mehta, who is also the Secretary-General, India Olympic Association (IOA) sharing the future endeavours stated, “Depending upon the results in the Asian Junior Championships, we are also eyeing to host the Fencing World Cup for which deliberations are in progress. Let’s see how things mature.”

Showering praises, the FAI official said that the graph of Fencing has grown in the last two years and a lot of enthusiasm can be seen among the fencers.

“Many parents have also shown keen interest in the sport of Fencing and they want their wards to join the sport, which is a positive sign indeed,” expressed Mehta, adding, “across the country, one can see parents accompanying budding fencers reaching the training centres during training sessions.”

“Fencing is an expensive game because the equipment is costly but, with the help of the government, we are trying to provide piste at all district levels,” he added.