Nongtraw said national parties come and go in Meghalaya but none of them can truly serve the people of the state. 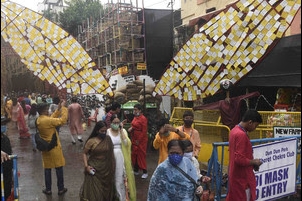 Shillong: The outlawed Hynniewtrep National Liberation Council (HNLC) on Wednesday asked voters “not to vote” in favour of the ruling National People’s Party (NPP) in the upcoming Meghalaya assembly bye-elections scheduled to be held on October 30.

The tribal Khasi militant outfit also served a one-week ultimatum to the NPP to close down all its offices in the Khasi-Jaintia Hills region of the state.

“We urge the people not to vote for the NPP in the byelection as a mark of protest against the gunning down of Cherish Thangkhiew,” HNLC general secretary Sainkupar Nongtraw stated in an e-mailed press statement.

Thangkhiew, the surrendered HNLC militant leader, was allegedly killed in a police raid on August 13.

A judicial inquiry is on to probe what exactly led to the death of Thangkhiew.

Nongtraw said national parties come and go in Meghalaya but none of them can truly serve the people of the state.

“I feel the national parties are just like a ‘rainbow coalition’ and that they can never address the real problems faced by the state. We need our own regional parties which can deliver and fulfil the aspirations of the people,” the militant leader said.

Terming the recent surrender of HNLC cadre Emanuel Suchen in Khliehriat, East Jaintia Hills district as “drama”, Nongtraw said, “Six months ago, Suchen was arrested by the police for his alleged involvement in the IED blast. After he was released, the police again conducted searches and even threatened him to the extent that he had to go underground and recently decided to surrender,” Nongtraw said.

The HNLC leader claimed that Suchen was never involved in the planting of the IED bomb as stated by the police.