The rare failure for ISRO comes on the day of the birth anniversary of first ISRO Chairman Dr Vikram Sarabhai, who is also one of the founding fathers of India's space programme. 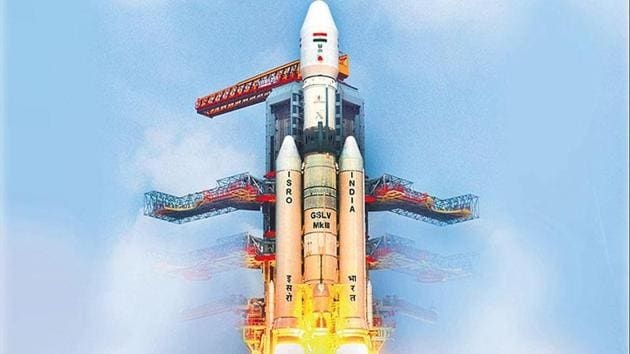 Sriharikota (AP): India’s heavy rocket vehicle GSLV-MkII (Geo Synchronous Launch Vehicle), having the capacity to carry satellites up to 2.5 tons and place satellites in Geostationary Orbit, has earned the tag ‘Naughty Boy’ from ISRO due to its unpredictable performance.

However, after a string of success, ISRO had said that GSLV was no more a naughty boy and has become a reliable launch vehicle. The naughty boy tag seems to have returned to haunt ISRO again following today’s failure of the GSLV-F10/EOS-03 mission within five minutes after liftoff from the Second Launch Pad due to non-ignition of the upper cryogenic stage.

The rare failure for ISRO comes on the day of the birth anniversary of first ISRO Chairman Dr Vikram Sarabhai, who is also one of the founding fathers of India’s space programme.

The performance of the first and second stages of the three-stage vehicle was normal. However the third stage–Cryogenic Upper Stage–ignition did not take place due to a technical anomaly and the satellite could not be injected into the intended Geostationary Orbit.

The ignition of the Cyro stage should have happened about five minutes after the lift-off.

Addressing the scientists ISRO Chairman K.Sivan said that a “technical anomaly was observed in the cryogenic stage and the mission could not be accomplished.”

The cryogenic stage was a complex one and ISRO had mastered the technology after overcoming several hurdles. Initially, the cryo stage was to be procured from Russian company Glavkosmos, including transfer of technology and design details of the engine based on an agreement signed in 1991.

Russia backed out of the deal after United States objected to it as it violated the Missile Technology Control Regime (MTCR) in May 1992. As a result, ISRO initiated the Cryogenic Upper Stage Project in April 1994 and began developing its own cryogenic engine.

These engines were used for the initial flights and were named GSLV-MkI. Today’s failure is all the more surprising because the GSLV missions since 2017 have been successful, and this failure breaks a long streak of successful launches.

It was the same GSLV that was used for the more prestigious second Lunar Mission Chandrayaan-2.

Of the total 18 GSLV missions till date (including GSLV-MkIII launches) over a period of 20years, 12 missions were successful.

While one mission was destroyed after the rocket veered off the trajectory, another mission exploded in midair. Four other launches were unsuccessful.