He also drew attention to the fact the Chief Minister, who is also the Health Minister, “has conveniently forgotten his own physical inspection of land and public assurance of building an Emergency Covid Hospital at Langthabal, Imphal on March 30, 2020 to fight the first wave in the state”. 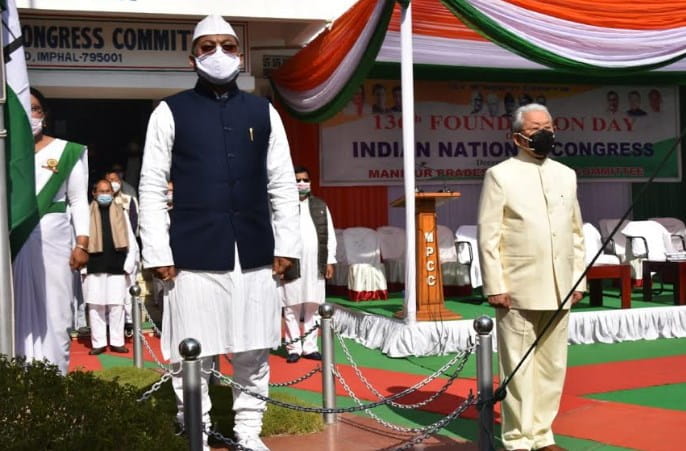 Imphal: Manipur Pradesh Congress Committee President, Konthoujam Govind Das in a letter to the Prime Minister of India, Narendra Modi Wednesday drew his attention to the Covid situation in Manipur arising out of the second wave of the Covid-19 pandemic.

Stating that he is deeply “moved by the daily rising mortality and positivity rates due to the second wave of pandemic in Manipur, which has higher Covid deaths per million than the numbers of bigger states like Uttar Pradesh, Madhya Pradesh, West Bengal, Bihar, Rajasthan, Gujarat and Telangana, as per press release by the Union Ministry of Health & Family Welfare, India, Govindas expressed his serious concerned about the preparedness of Manipur government to tackle the third wave, which was stated to be inevitable by the Principal Scientific Advisor.

He also drew attention to the fact the Chief Minister, who is also the Health Minister, “has conveniently forgotten his own physical inspection of land and public assurance of building an Emergency Covid Hospital at Langthabal, Imphal on March 30, 2020 to fight the first wave in the state”. He contended that had the Emergency Hospital for Covid been built, today’s surge in mortality and infections due to Covid would have been much lower and slower in the state.

Stating that the district hospitals in each district of the state are not adequately equipped with ICU, ventilators, oxygen and requisite equipment, and they are short of doctors, nurses and staff, Govindas said, “there is a genuine fear of chaotic situations in the rural and hill districts of the state’

Charging that that the present state government has completely failed in saving the lives of our people from Covid pandemic in the state, the MPCC President urged the Prime Minister to intervene at the earliest to save the lives of people in the state.

He also put forth the following suggestions: immediate establishment of 1000 bedded exclusive Covid hospital by DRDO (Defence Research & Development Organisation) and Indian Army to combat the second wave in the state. Central assistance with strict instructions under Prime Minister’s office to fully equip all the District Hospitals with a minimum of 100 beds each immediately to fight the second wave in the state and free vaccination for all, including those between 18 & 45 years, must be expedited on war footing, and assure regular supply of vaccine in the state.