All issues related to 24x7 power supply to Oxygen Plants are being discussed threadbare during the daily reviews and interventions are planned and executed in a time bound manner through the State Discoms aided by POSOCO and Central Electricity Authority. 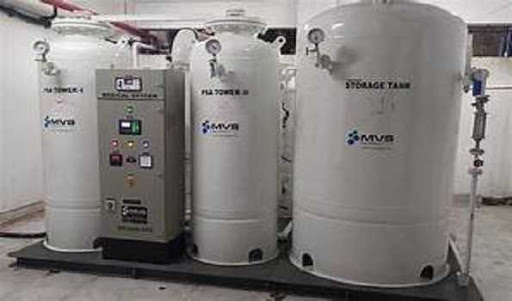 Under the proactive initiatives for ensure round the clock power supply, the Power Secretary reviews the position of power supplies to all such plants along with the concerned Energy Secretaries of the States, Power System Operation Corporation (POSOCO) CMD on a case by case basis daily.

All issues related to 24×7 power supply to Oxygen Plants are being discussed threadbare during the daily reviews and interventions are planned and executed in a time bound manner through the State Discoms aided by POSOCO and Central Electricity Authority.

A 24 hours oxygen plant control room (OPCR) and an Internal Control Group (ICG) has been set up at REC Limited which are tasked with maintaining liaison with the Oxygen plan nodal officers for ensuring 24X7 Power supply to these plants; and to ensure that interruptions, if any, are addressed on an immediate basis both on the DISCOM side as well as on the Plant’s Electrical installation side, the Ministry further said.

Disruptions, if any, in Power Supply are analysed by Power System Operation Corporation (POSOCO) together with various utilities in the states (STU & DISCOM), SLDCs and POWERGRID, and specific preventive advisories are issued, it added.

The power Ministry has also issued advisories to the States for best practices adoption to all electricity lines feeding the plants. This includes building of suitable redundancies, and isolation of feeders supplying electricity to the oxygen plants including some corrective measures such as resetting of relays at the Barotiwala plant (Himachal Pradesh) and Kerala Mineral & Metal plant (Kerala) and, laying of a 132kV underground cable for the oxygen plant at Salequi (Uttarakhand) in the stretch prone to bird fault.

The POSOCO has also been tasked with carrying out a technical audit of power supply of each Oxygen plant particularly those supplying oxygen to National Capital Region of Delhi which covers issues like assessing the nature of power supply, the source(s) of power supply , availability of alternative arrangements, relay settings.

Based on the technical audit reports , Ministry of Power has written to State Governments of Himachal Pradesh, Uttarakhand, Kerala, Haryana, Jharkhand and Uttar Pradesh pointing out the remedial measures which need to be taken by the respective State Utilities to ensure uninterrupted power supply . Letter has also been written to DVC for carrying out maintenance of its sub-stations supplying power to the oxygen plants within its jurisdiction, the Ministry further said.