Sreejesh was instrumental in India's incredible performance at the Tokyo Olympics where the team ended a 41-year wait to stand on the podium. 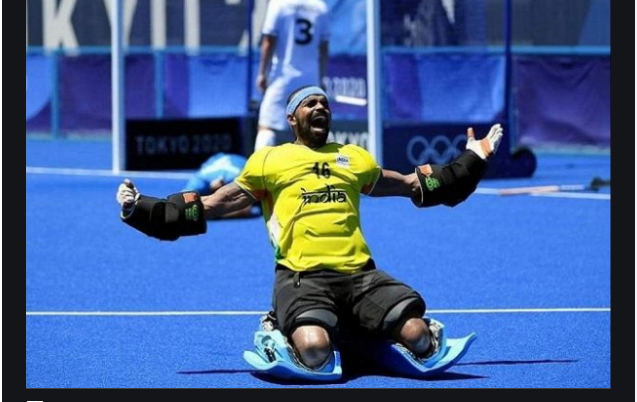 Sreejesh was instrumental in India’s incredible performance at the Tokyo Olympics where the team ended a 41-year wait to stand on the podium.

The bronze medal match against Germany witnessed some excellent defence led by the indomitable Sreejesh.

“I think this nomination is quite special as it recognizes great teamwork… I am so honoured to be nominated and this truly goes for the team. It’s because of their hard work that we are being recognised the world over,” said the ace goalkeeper.

“The credit of all this success also goes to Hockey India for their support. Without them, none of this could be possible. Now it’s up to the fans to choose the deserving winner for this award,” he added.

On Sreejesh’s nomination, Hockey India President Gyanendro Ningombam said: “We are elated by the news… He is a huge inspiration to many and is popular the world over for his goalkeeping abilities and his vivacious personality.

“We are very proud of his achievements and contribution to Indian hockey. I hope all his fans and supporters of Indian hockey will vote for him to win this prestigious award,” he added.

In 2019, Indian Women’s Hockey captain Rani Rampal became the first Indian to win the World Games Athlete of the Year with 1,99,477 votes.