In a clear case how patriarchy ruins lives, this incident happened in Siraha in the landlocked Himalayan nation, the Kathmandu Post reported on Monday. 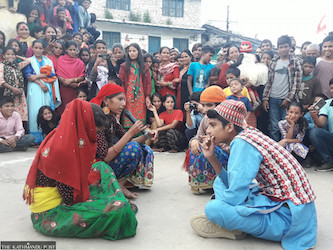 Kathmandu: Believe it or not but an elopement by a young woman has led to mass marriage of all young women in a small place in Nepal.

In a clear case how patriarchy ruins lives, this incident happened in Siraha in the landlocked Himalayan nation, the Kathmandu Post reported on Monday.

It all began when Sunita — the daily changed her name to protect her identity — eloped with her lover one day, devastating her own family and causing widespread shock and revulsion in the male-majority neighbourhood.

“The family was socially condemned and looked down upon by the entire village. That came as a stark warning for all other families in the village – ‘control your daughter or else you lose your dignity and social standing’,” Kamala, 21, who hails from Chandralalpur municipality in Siraha, was quoted as saying.

Following the incident, the entire village collectively decided to marry their daughters off, according to Kamala.

“Their family forced Sunita’s younger sister, who was studying in Class 10, to discontinue her education. Now, they are actively in search of a groom for her,” says Kamala, whose name has also been changed.

“What happened after Sunita’s elopement had happened before as well. A girl was killed by her former boyfriend after her family fixed her marriage elsewhere. The villagers then decided to marry off all young girls back then too,” Kamala told the Post.

Young girls like Sunita face heavy restrictions in mobility and interactions in the region. Experts in the field say that it is because of the dogmatic values that consider women as second-class citizens, making them vulnerable and unsafe.