A few cases of this rare and fatal disease have been found among recovered and recovering COVID-19 patients. 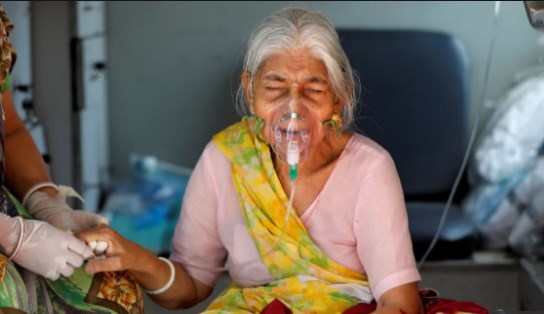 Lucknow: While the entire country is grappling with COVID-19, the new fear of ‘black fungus’ is causing more worries in Uttar Pradesh now.

A few cases of this rare and fatal disease have been found among recovered and recovering COVID-19 patients.

For the first time, mucormycosis alias black fungus, has been found among a few COVID-19 patients in Uttar Pradesh. Though the cases of this deadly disease are very rare in the state, its lethality has prompted the Yogi Government to issue warnings, and put doctors on a high alert.

To stop its spread at the initial stage, Chief Minister Yogi Adityanath, while addressing a high-level meeting here on Wednesday, directed the 14-member expert committee to tackle this situation.

“Team-9 constituted under the chairmanship of Chief Secretary R K Tiwari should consult with the advisory committee of health experts constituted at the state level on a regular basis,” said the Chief Minister.

The report on the assessment, recommendations of the advisory committee of health experts should be studied on priority by Team-9,constituted under the chairmanship of the Chief Secretary having ACS Health, ACS Rural Development, Principal Secretary Medical Education, etc as members, said the CM on Wednesday.

He also stated that detailed reports regarding prevention, precautions, treatment should be given to the Chief Minister’s Office regularly.

‘Black Fungus’ also known as mucormycosis has very deadly effects. The Central Government in an advisory stated that the fungal infection affects people who are on medication as it reduces their ability to fight environmental pathogens.

Diabetes, prolonged consumption of steroids, prolonged ICU stay are the major risk factors for this disease. Some of the symptoms of this rare disease include pain, swelling/redness around the eyes and nose, fever, headache, cough, shortness of breath and bloody vomits.