The Congress MP, however, demanded three years relaxation in age to all the youngsters who are preparing for the Armed forces. He claimed that for last three years no recruitment rally has taken place. 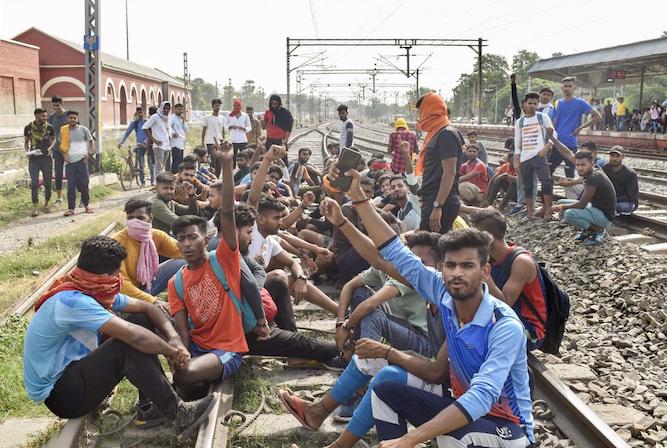 New Delhi: The Congress on Friday asked the Narendra Modi-led government at the Centre to immediately revoke the Agnipath scheme, claiming that it is not in the interest of ‘national security ‘ and youths.

“We demand that Agnipath scheme should be taken back immediately. This recruitment scheme is neither in favour of our national security nor it is in the favour of our future security of our youngsters,” Congress MP Deepender Singh Hooda said at a press conference at the party headquarters here.

He further said,”This is a scheme not suited to the Indian Army and nation.”

The Congress MP, however, demanded three years relaxation in age to all the youngsters who are preparing for the Armed forces. He claimed that for last three years no recruitment rally has taken place.

“The two years announced by the Defence Minister is inadequate. We demand the government should apologise to the youth of the country why for last three years no recruitment has taken place in the last three years in the Army,” Hooda said.

Attacking the ruling BJP, the MP said, ” Why the Prime Minister is not thinking about the aspiration of the youth of the country ? The government brought this scheme to divert the attention of the people from its failure of addressing the ‘unemployment issue’. It is unfortunate.”

He also appealed to the youth to keep patience and express their view through ‘nonviolence’.

The Centre on Thursday night increased the upper age limit for the recruitment process for Agnipath scheme for 2022 is increased to 23 years from 21 years.

The Government has decided that a one-time waiver shall be granted for the proposed recruitment cycle for 2022.

Government said it is ‘Cognizant of the fact that it has not been possible to undertake the recruitment during the last two years’.

Massive protests have erupted across the country following government’s announcement of the new recruitment scheme Agnipath for the forces, where youth would be hired for four years into the three wings of the armed forces as ‘Agniveers’.