The Chief Minister hoped the new service would strengthen connections between the hill and valley people. 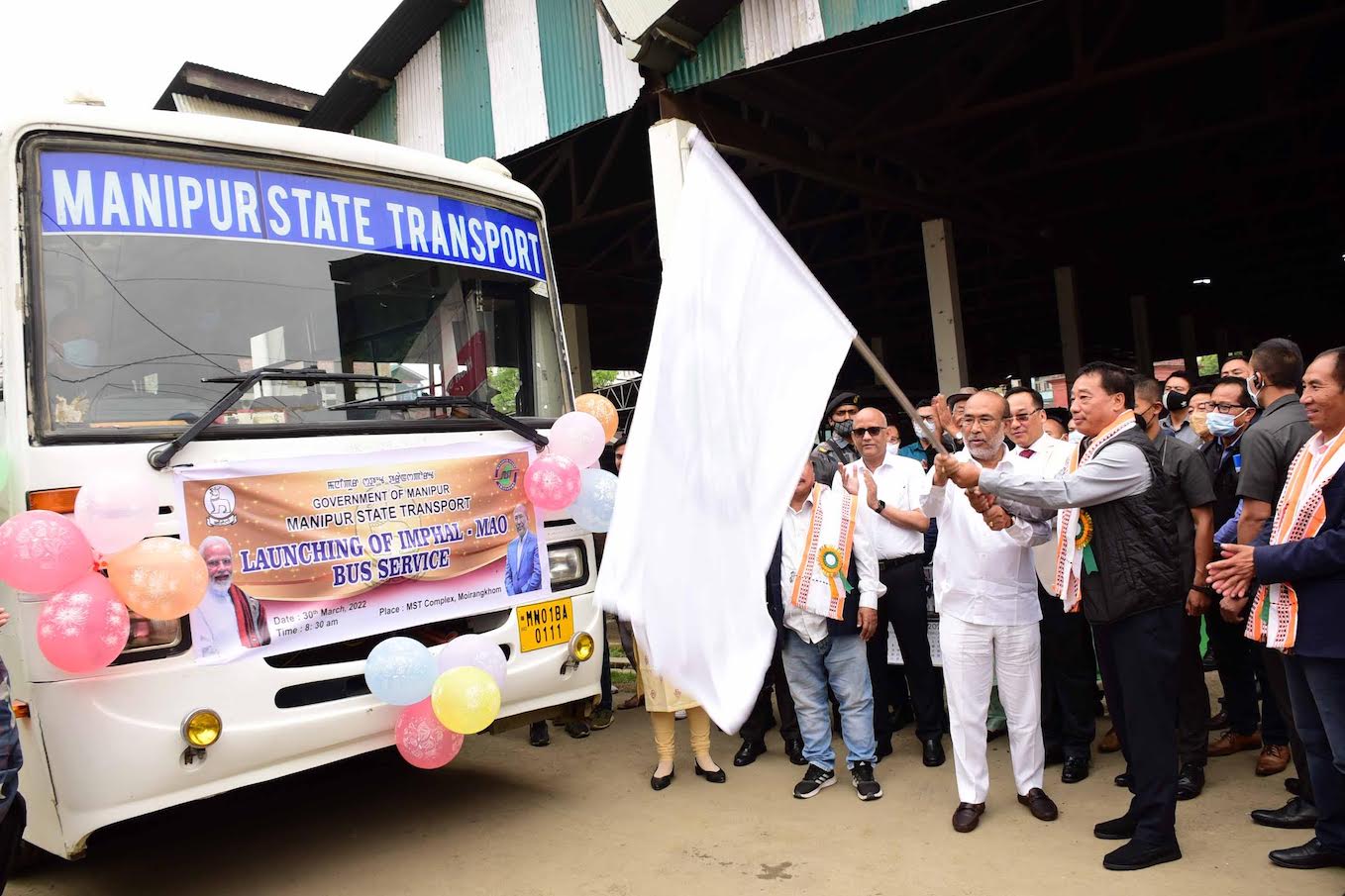 Biren Singh said the bus service was launched with an objective of providing a safe, reliable, affordable and sustainable transport service to the people. The Chief Minister hoped the new service would strengthen connections between the hill and valley people.

Meanwhile, vehicular movement on National Highway 2, along the Manipur-Nagaland border, remained suspended as an indefinite bandh called by the Southern Angami Public Organisation, (SAPO), a Nagaland based tribal outfit over a boundary dispute reached its tenth day on Wednesday.

Earlier, the Chief Minister said that the issue of border dispute with Nagaland would be solved at the state level only. However, if it’s not solved, then we will solve it at the central level with the Central government as mediator, he added.

While flagging off the bus service, Biren recalled that the Manipur State Road Transport Corporation had remained non-functional for a long time but it was rechristened as Manipur State Transport after the BJP led government came to power in 2017.

The Chief Minister stated around 28 buses were operating in the State providing transportation service as of now. However, the state government was in the process of procuring another three buses.

The Chief Minister mentioned that regular bus service between Imphal and Mao would facilitate the people of Mao in marketing their local products and enhancing the economic activities of the State in general.

MLA for Mao AC, Losii Dikho appreciated the state government  for always addressing issues put up by its people in time. He further mentioned that economic activities would be accelerated with the launch of bus services.

The Naga People’s Organisation, Mao Council and Mao Students’ Union expressed thankfulness to the Chief Minister for launching the bus service and also assured to extend their support and cooperation in operation of the bus service.

Later, the Chief Minister visited Chingmeirong, eastern side of DM College, and took stock of the location where a temporary Mao Market would be set up.