The Jal Shakti Ministry informed that there are 5.90 lakh rural households in the state, out of which 1.88 lakh households have tap water connection. 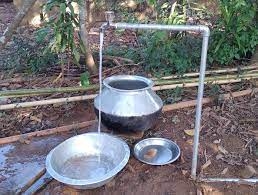 New Delhi: The Centre has released Rs 169.60 crore to Meghalaya under the Jal Jeevan Mission (JJM) to expedite its implementation in the state, said Jal Shakti Ministry on Tuesday.

“Central fund of Rs 678.39 crore has been allocated to the state for 2021-22 for the implementation of JJM, which is nearly four times the allocation for 2020-21,” the Ministry said in a statement here.

The Jal Shakti Ministry informed that there are 5.90 lakh rural households in the state, out of which 1.88 lakh households have tap water connection.

In 2021-22, the state plans to provide tap water connections to 3.39 lakh rural households, the release added.

Announced by Prime Minister Narendra Modi on August 15, 2019, JJM is under implementation in partnership with states with the objective to provide functional household tap connections to every rural household of the country by 2024.

JJM is implemented in a decentralised manner following the ‘bottom-up’ approach, wherein the local village community plays a key role starting from planning to implementation and from management to operation and maintenance.