He termed it as a "breach of parliamentary privilege". "I have become the victim of a grossly illegal and patently unconstitutional action,' Chidambaram wrote. 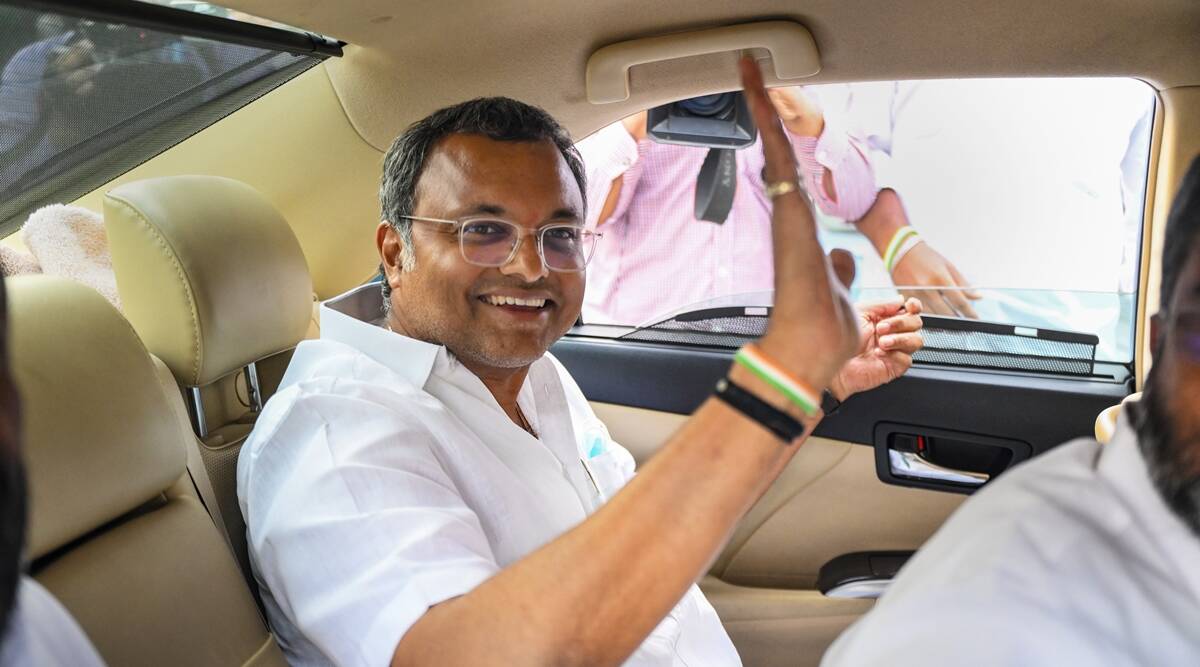 New Delhi: Congress MP, Karti Chidambaram, was on Friday again questioned by the Central Bureau of Investigation (CBI) for his alleged involvement in the “cash for visa” case, sources said.

The Congress MP on Friday also wrote a letter to Lok Sabha Speaker Om Birla alleging that during the raid conducted last week at various locations across the country, CBI officials seized highly confidential papers pertaining to the Parliamentary Standing Committee for Information and Technology, which he is a member of and urged him to look into the matter.

He termed it as a “breach of parliamentary privilege”. “I have become the victim of a grossly illegal and patently unconstitutional action,’ Chidambaram wrote.

The CBI in its, First Information Report (FIR) named Bhaskararaman as the No.1 accused, for allegedly receiving Rs 56 lakh bribe on behalf of Karti to facilitate issuance of visas to the Chinese company, which has been outsourced to establish a 1,980 MW thermal power plant at Mansa (Punjab).

Karti Chidambaram has been cited as the second accused, while unknown/public servant(s) and private person(s) were cited as the sixth accused.

Since the CBI has named unknown public and private persons in the FIR, more people were expected to be included as accused during the course of investigation based on the information collected during today’s raids.

Following the registering of cases, the CBI officials had conducted searches at 10 places including former Union Home Minister (in 2011) and senior Congress leader P. Chidambaram’s residence in Chennai and at his official residence in New Delhi, besides in Mumbai, Koppal(Karnataka), Jharsuguda(Orissa), Mansa(Punjab) and Delhi etc, a CBI release said.

Reacting to the CBI raids, Chidambaram senior termed the timing of searches as “interesting”, while son Karti said he has “lost count on the number of raids and that it must be a record”.

It has been alleged that the private company based at Mansa was in the process of establishing a 1,980 MW thermal power plant at Mansa (Punjab) and establishing of plant was outsourced to a Chinese Company.

It has been further alleged that the project was running behind its schedule. In order to avoid penal actions for the delay, the private company was trying to bring more and more Chinese persons/professionals for their site at district Mansa (Punjab) and needed Project VISAs over and above the ceiling imposed by the Union Ministry of Home Affairs.

For the said purpose, the Representative of the private company (Vikas Makharia) had approached Bhaskararaman allegedly at the instane of Karti and devised a back door way to defeat the purpose of ceiling (maximum of Project VISAs permissible to the company’s plant) by granting permission to re-use 263 Project VISAs allotted to the Chinese company’s officials.

It has been alleged that in pursuance of the same, the company’s representative submitted a letter to Ministry of Home Affairs seeking approval to re-use the Project VISAs allotted to this company, which was approved within a month and permission was issued to the company.

A bribe of Rs. 50 lakh was allegedly demanded by Bhaskararaman allegedly at the instance of Karti was paid by the said Mansa based firm.

It has been further alleged that the bribe amount was routed from the private company to Bhaskararaman through a Mumbai based company as payment of false invoice raised for Consultancy and out of pocket expenses for Chinese VISAs related works, whereas the Mumbai-based company was never involved in any kind of work relating to VISAs rather it was in an entirely different business of industrial knives.