BWF World C’hips: Srikanth off to winning start; Praneeth bows out in the opener

Compatriot Sai Praneeth was, however, knocked out in the opening round after suffering a loss against Dutch shuttler Mark Caljouw by 21-17, 7-21, 18-21 in the men’s singles. 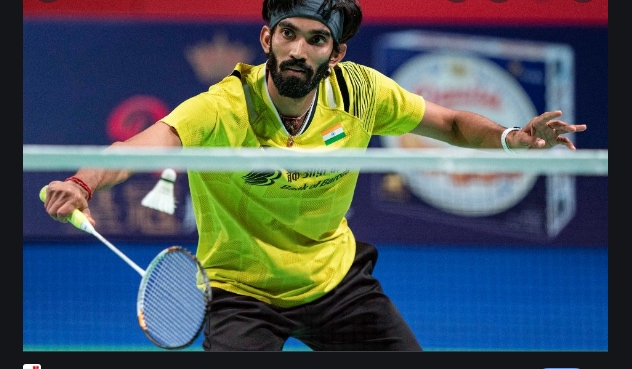 Compatriot Sai Praneeth was, however, knocked out in the opening round after suffering a loss against Dutch shuttler Mark Caljouw by 21-17, 7-21, 18-21 in the men’s singles.

In the men’s doubles discipline, Manu Attri and Sumeeth Reddy also went down 16-21, 15-21 to Danish pair Joel Eipe and Rasmus Pedersen in the opening round.

The women’s doubles pair of Pooja Dandu and Sanjana Santosh couldn’t manage to go past the opening round either, as they retired in the second game, after losing the first by 12-21 to Alyssa Tirtosentono and Imke Van Der Aar of the Netherlands.

Mixed pairs of Venkat and Dewagan will face Mathias Thyrri and Mai Surrow of Denmark, while Utkarsh-Karishma will be up against Patrick Scheiel and Franzika Volkmann of Germany.

In the men’s doubles event, Arun George and Sanyam Shukla will begin their run against the Chinese pair of Ou Xuanyi and Zhang Nan. The duo of MR Arjun and Dhruv Kapila will take the court against Daniel Lundgaard and Mathias Thyrri of Denmark.

In the men’s singles later in the day, seasoned campaigner HS Prannoy will take on NK Long Angus of Hong Kong.