Congress Chief Spokesperson Randeep Singh Surjewala slammed the BJP saying that unlike Prime Minister Narendra Modi, who had gone uninvited to Pakistan, Rahul Gandhi had only gone to attend a wedding. 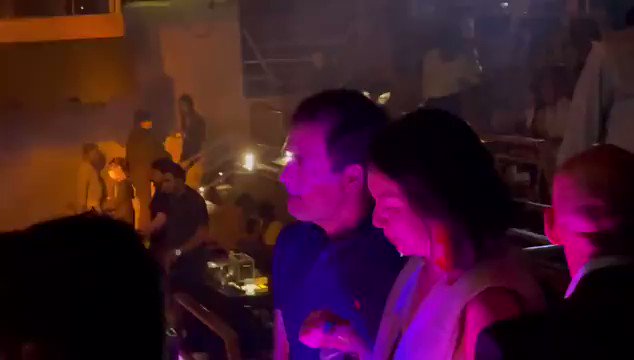 New Delhi: A video showing Rahul Gandhi at a nightclub in Kathmandu went viral on Tuesday, as BJP leaders attacked the Congress leader for attending a party, while Congress questioned if it was a crime to attend private events.

“Rahul Gandhi was at a nightclub when Mumbai was under seize (siege). He is at a nightclub at a time when his party is exploding. He is consistent. Interestingly, soon after the Congress refused to outsource their presidency, hit jobs have begun on their Prime Ministerial candidate…” Malviya said in his Tweet.

Congress Chief Spokesperson Randeep Singh Surjewala slammed the BJP saying that unlike Prime Minister Narendra Modi, who had gone uninvited to Pakistan, Rahul Gandhi had only gone to attend a wedding.

“Rahul Gandhi has not gone as an uninvited guest like Prime Minister Modi went to Pakistan to celebrate birthday and cut cakes for the then Pakistan PM Nawaz Sharif. Rahul Gandhi has gone to a friendly country Nepal to participate in a private marriage function of a friend. By chance, the friend also happens to be a journalist. So, I think they are also abusing your fraternity,” Surjewala said.

He also said that attending weddings or having a family was not illegal yet. Trinamool Congress leader Mahua Moitra also came out in the defence of Rahul Gandhi.

“How on earth is it anybody’s business whether Rahul Gandhi or anybody else is in nightclub or at wedding in private time? Sick BJP trolls in charge should stick to doing what they do best- leading double lives with beer in teapots,” she said. Congress leader BK Hariprasad said it was “imprudent” of BJP to question him for attending a private party.

“This is imprudent of BJP to question Rahul Gandhi attending a private party. We all have a life beyond politics and have every right to live it our way. At least Rahul Gandhi did not go uninvited like Narendra Modi who went to Lahore in 2015 as a PM and shamed the country,” he said.

According to Nepal newspaper The Kathmandu Post, Gandhi is in Kathmandu to attend the wedding of his friend Sumnima Udas. Rahul Gandhi is staying at the Marriott Hotel. The marriage function is planned for Tuesday and a reception will be held on May 5