Prime Minister Narendra Modi said the results of Assembly polls in Uttar Pradesh and other assemblies also decided the results for the 2024 General Elections. 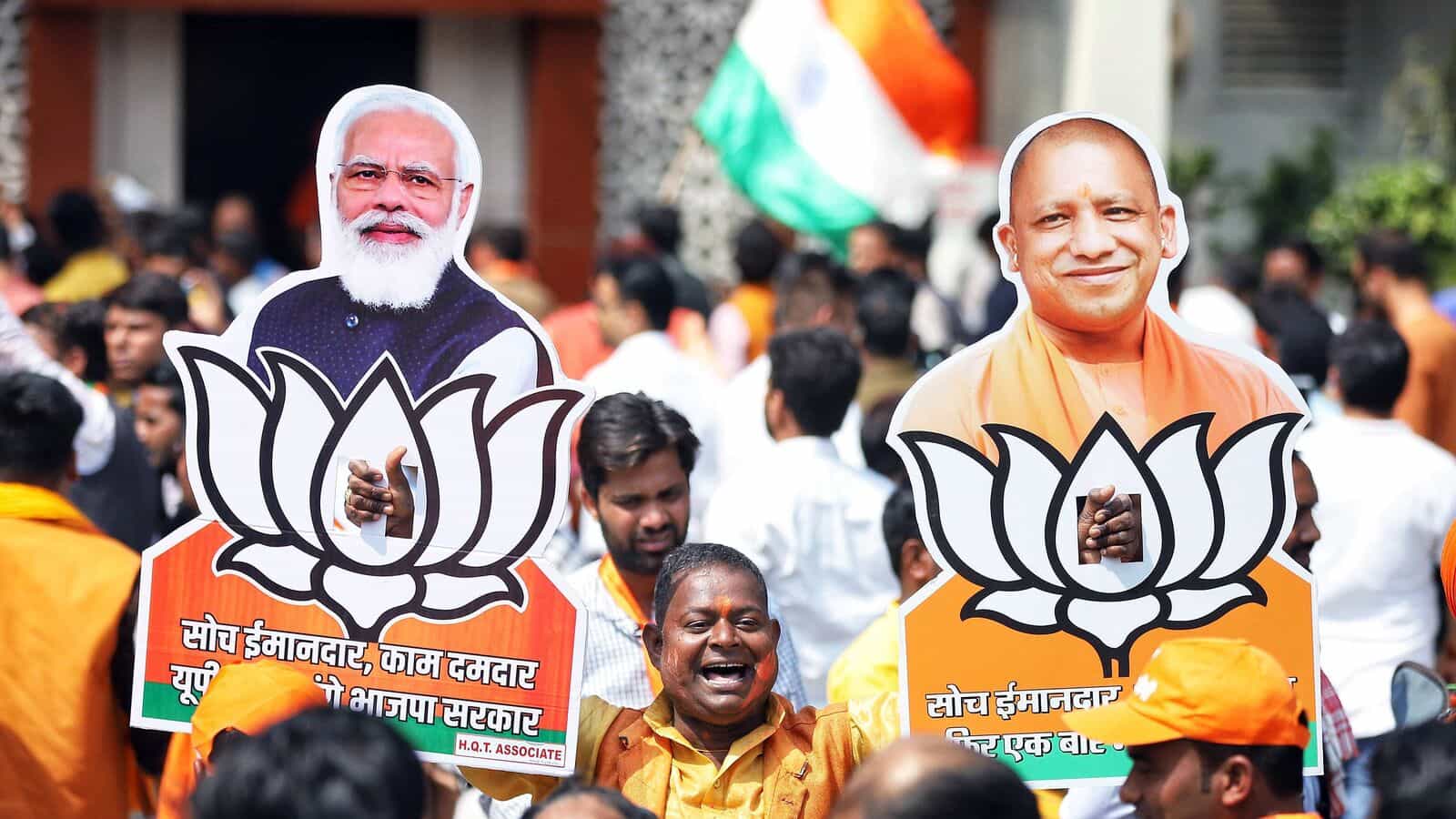 New Delhi: The Bharatiya Janata Party created history on Thursday by coming back to power in Uttar Pradesh, Uttarakhand, Goa and Manipur, while the Aam Aadmi Party became the only regional party to be in power in more than one states, sweeping Punjab.

Prime Minister Narendra Modi said the results of Assembly polls in Uttar Pradesh and other assemblies also decided the results for the 2024 General Elections. In Uttar Pradesh, the most populous state of India which sends the highest number of MPs to Lok Sabha, BJP created history by returning in power. It is after 37 years that a party has retained power in the state.

By around 9 pm, BJP had won 208 seats and leading on another 47, bringing the tally to 255, while SP won 76 and led on 35, making its total 111. Bahujan Samaj party, once an important stakeholder in the state politics, appeared to be washed out winning just one seat, while Congress won two.

Yogi Adityanath called it a victory of issues like nationalism, development and good governance model of BJP. PM Modi called the results an end to caste and dynastic politics in UP. In Punjab, the AAP created history by becoming the first regional party, and the only party besides BJP and Congress to come to power in more than one states.

Repeating its Delhi, performance, it won 92 of the 117 seats, while the Congress got limited to 18 seats. AAP’s national convener Arvind Kejriwal congratulated people of Punjab for ushering a ‘revolution’ in the state, and also used the opportunity to reply attacks linking him with Sikh militants.

“The people had spoken – Kejriwal is not a terrorist. He is a son of the country, a true patriot,” he said. Party spokesperson Raghav Chadha meanwhile said the AAP has emerged as a “natural” alternative to Congress at the national level, and will be the main challenger to BJP in future.

AAP’s CM candidate Bhagwant Singh Mann, meanwhile, thanked people for the verdict, and promised a pro-people government, which will be run from the “villages, cities and towns” of Punjab, and not from “big bungalows and castles”.

In Manipur as well, BJP crossed the halfway mark, winning 32 out of 60 seats in the state, while Congress won just five, and National People’s Party (NPP) won 7. “BJP’s vote share has increased in Manipur, Uttar Pradesh and Goa, even after being incumbent. All exit polls were proven incorrect in Goa, and the people of Goa have given us the chance to serve them for the third consecutive time,” Modi said, addressing hundreds of party workers, who thronged the BJP office as results were declared.

Celebrations were witnessed at BJP and AAP headquarters in Delhi, while the Congress office wore a deserted look as the results will announced. Congress said it is disappointed with the results, and a meeting of the Congress Working Committee would be called soon.

Party leader Rahul Gandhi tweeted accepting the mandate, and said, “Humbly accept the people’s verdict. Best wishes to those who have won the mandate. My gratitude to all Congress workers and volunteers for their hard work and dedication. We will learn from this and keep working for the interests of the people of India.”