The 55-member delegation from Assam including 35 MLAs arrived in Dhaka on an official visit on Saturday. 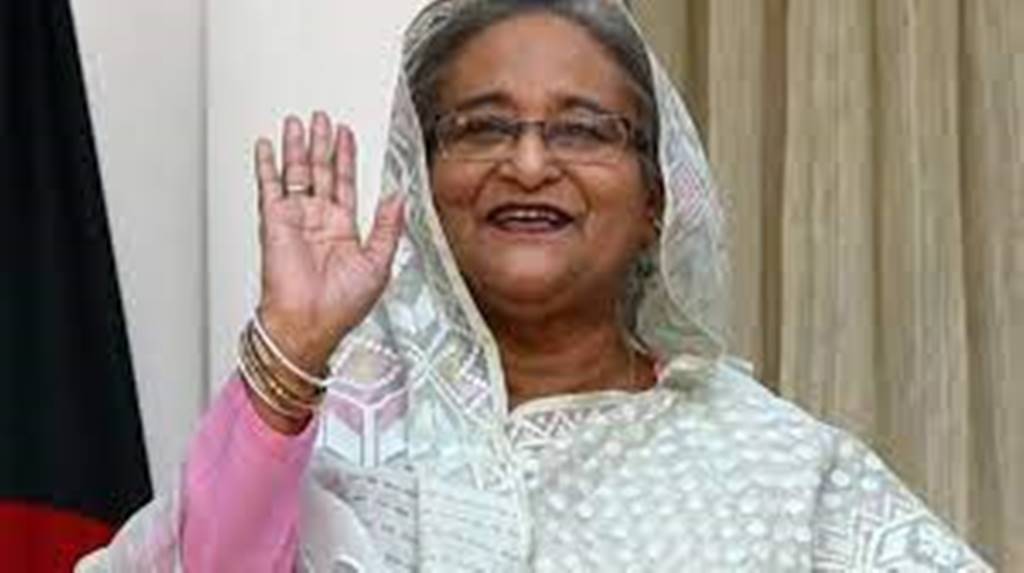 Dhaka: Bangladesh Prime Minister Sheikh Hasina has expressed hope that the import of fuel oil from India through the 130-km long India-Bangladesh Friendship Pipeline (IBFPL) will begin from next year.

Prime Minister Hasina made this remark after a four member delegation from Assam led by the Assembly Speaker Biswajit Daimary called on her at her official residence in Dhaka on Sunday.

Prime Minister Hasina also said the border-Haats between the two countries closed during the Covid-19 pandemic will also reopen soon.

Highlighting the importance of regional cooperation, Prime Minister Hasina said India, Nepal and Bhutan including the north-eastern states of Assam and Tripura can use Chattogram airport and sea port as well as the Syedpur airport for mutual benefit.

She said the points of connectivity between India and Bangladesh closed during the India-Pakistan war in 1965 are also being opened gradually. She recalled with gratitude the support of the north-eastern states of India and West Bengal to the 1971 liberation war fighters and refugees from Bangladesh.

Speaker Biswajit Daimary stressed the need for strengthening people to people contact as well as trade and commerce in the region. He said Assam wants cooperation of Bangladesh experts in the agricultural sector as it has a huge experience in this sector.

The delegation also met the Speaker of Bangladesh National Parliament Dr. Shirin Sharmin Chaudhury at the Parliament Secretariat on Sunday.

The 55-member delegation from Assam including 35 MLAs arrived in Dhaka on an official visit on Saturday.

The Whip of Bangladesh National Parliament Iqbalur Rahman, MP received the delegation at a city hotel.

The delegation members will visit Tungipara, Gopalganj to pay respect to Bangabandhu Sheikh Mujib at his mausoleum before returning back to Assam on November 22.