10 dead, 40 injured after bus fell off cliff in Afghanistan

The incident occurred in the Malkhan area of the Salang Pass, according to the spokesman. 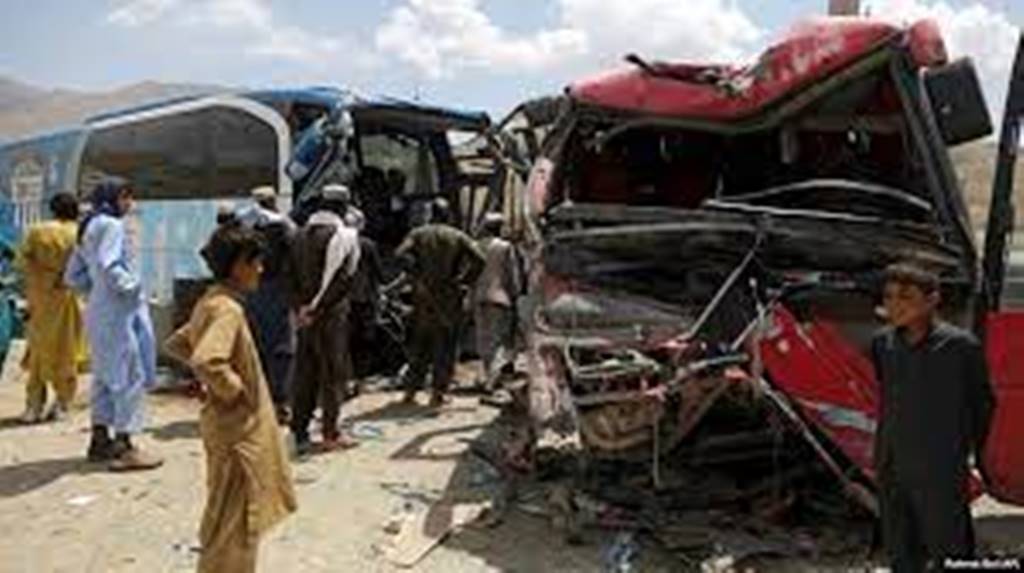 Kabul: At least 10 people died and 40 others were injured when a passenger bus fell off the cliff in the Salang Pass in Afghanistan, the local security department said on Sunday.

“At least 10 bus passengers were killed and around 40 were wounded in an accident on Saturday on the Kabul-Baghlan highway,” a Baghlan security department spokesman said, as quoted by the TOLOnews broadcaster.

The incident occurred in the Malkhan area of the Salang Pass, according to the spokesman.

The Salang Pass is the primary mountain pass, located in the Hindu Kush mountains. The 2.67 kilometers-long (1.65 miles) Salang Tunnel, which runs underneath the pass, was completed by the Soviet Union in 1964. The tunnel connects northern Afghanistan with the capital city of Kabul and southern parts of the country.