The other change raised a few eyebrows as Noah Wail Sadaoui was benched and Redeem Tlang started on the right flank. ATK Mohun Bagan FC made no changes to their starting lineup. 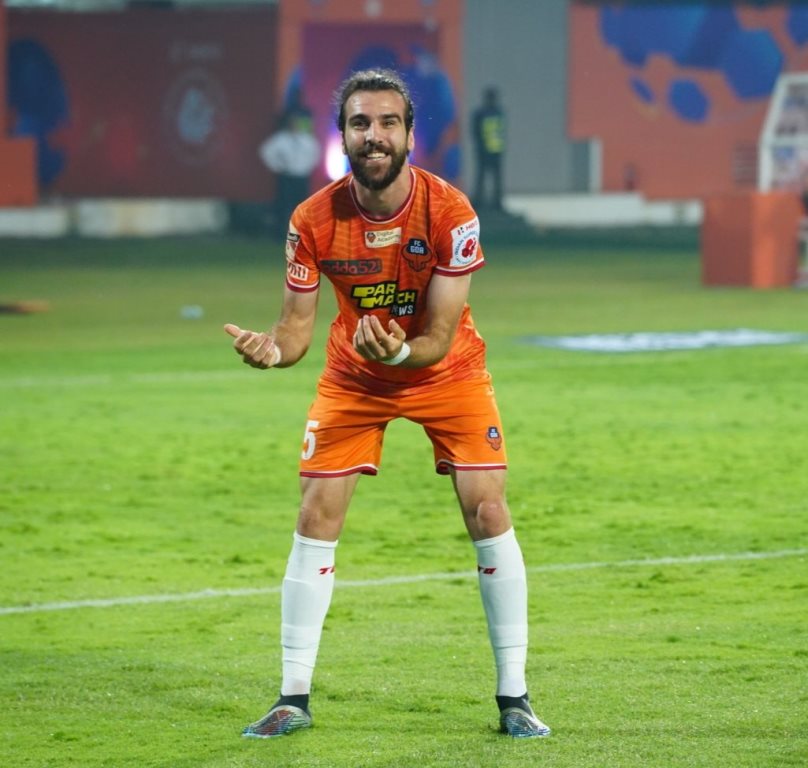 Margao: After losing three and drawing one against ATK Mohun Bagan FC in all previous encounters, FC Goa finally registered their first victory against the Mariners in the Indian Super League (ISL) at the Jawaharlal Nehru Stadium here on Sunday.

Aibanbha Dohling, Mohamed Fares Arnaout and Noah Wail Sadaoui were on target to spoil Juan Ferrando’s return to Fatorda with a 3-0 win.

FC Goa head coach Carlos Pena made two changes to the side that lost to Kerala Blasters FC last week. The injured Saviour Gama dropped out of the matchday squad as Marc Hernandez returned at the heart of defence, pushing Dohling to the left-back position.

The other change raised a few eyebrows as Noah Wail Sadaoui was benched and Redeem Tlang started on the right flank. ATK Mohun Bagan FC made no changes to their starting lineup.

The first half was action-packed and ended with everything but goals. In the opening seven minutes of the game, ATK Mohun Bagan FC’s shot-stopper Vishal Kaith produced four saves to keep a clean sheet intact for the visitors.

It was a physical contest in midfield, as four yellow cards were dished out in the opening 45. Deepak Tangri, Manvir Singh and Subhasish Bose had their names taken for the Mariners after committing cynical fouls. Brandon Fernandes was the only FC Goa player booked in the first half.

The 100th goal of Hero ISL 2022-23 was scored when the deadlock was finally broken five minutes into the second half. Dohling sprinted down the left flank to pounce on a long diagonal. The full-back muscled past Asish Rai, adjusted his footing and smashed the ball in from an acute angle.

A minute into the final quarter of the match, FC Goa added a second. Substitute Fares Arnaout beat Brendan Hamill to the ball before heading an Edu Bedia corner in just 11 minutes after coming on. Eight minutes from time, poor goalkeeping from Kaith allowed substitute Sadaoui to score his fourth goal of the season from long range.

The win helped FC Goa leap from seventh to third in the ISL table, three points shy of Mumbai City FC with a game in hand.

ATK Mohun Bagan dropped one place to sixth, level on points with Chennaiyin FC. Both sides will be in action on November 26. The Gaurs will be up against Bengaluru FC at home, while the Mariners will host Hyderabad FC.