Bora, a Padma Shri awardee, had tested COVID-positive on May 20 and was admitted to the hospital. He had recovered from COVID-19 but had comorbidities and was undergoing treatment. 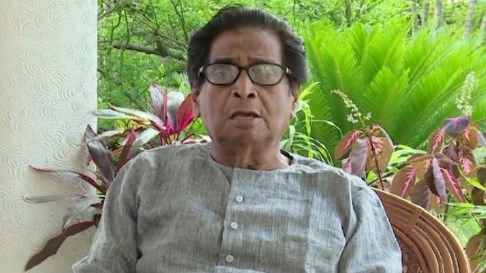 Guwahati: Eminent Assamese litterateur Lakshminandan Bora died on Thursday due to post-COVID complications at a private hospital in Guwahati, the PTI quoted doctors as saying.

He was 89 and survived by wife, two sons and a daughter.

Bora, a Padma Shri awardee, had tested COVID-positive on May 20 and was admitted to the hospital. He had recovered from COVID-19 but had comorbidities and was undergoing treatment.

An author of more than 60 books, mostly novels and short story collections, Bora served as the faculty member of Assam Agricultural University, Jorhat. He retired in 1992 as the head of the Department of Physics and Agrometeorology.

His first novel ‘Gonga Silonir Pakhi’ was translated into eleven languages and was made into a film by noted Assamese filmmaker Padum Barua in 1976.

Bora was a former President of the Asam Sahitya Sabha.

He also received the Saraswati Samman and the Assam Valley Literary Award for his works.

He was also honoured with the Lifetime Achievement Award by the Assam Publication Board.

Bora has also served as the editor of the Assamese literary magazine ‘Goriyoshi’ and also as the chairman of the Assam Pollution Control Board.

Chief Minister Himanta Biswa Sarma expressed his grief at Bora’s death and said that with his passing a glorious chapter of Assamese literature has come to an end.

Sarma said that the state government has decided that the last rites of the litterateur will be performed with full state honours.