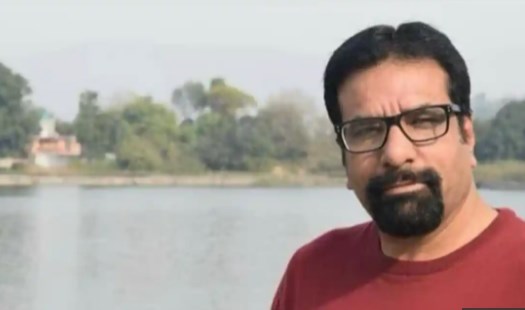 Jammu: Mortal remains of BJP councillor Rakesh Pandita, who was shot dead by terrorists in Tral area of Kashmir, were consigned to flames here on Thursday afternoon.

His son Paras Pandita performed the lit the pyre at Bantalab crematorium.

Amid slogan raising, people also expressed their ire saying in one year, the terrorists targeted two Kashmiri Pandit leaders who were trying for restoration of peace in Kashmir.

Last year, terrorists had killed a Kashmiri Pandit Sarpanch Ajay Pandita outside his house in Kashmir.

Mr Sharma said that restoration of peace and normalcy is not being digested by the Pakistan and out of frustration, their aides are targeting innocent people and the party leaders.

The perpetrators of this heinous crime will not be spared, said Mr Rana.