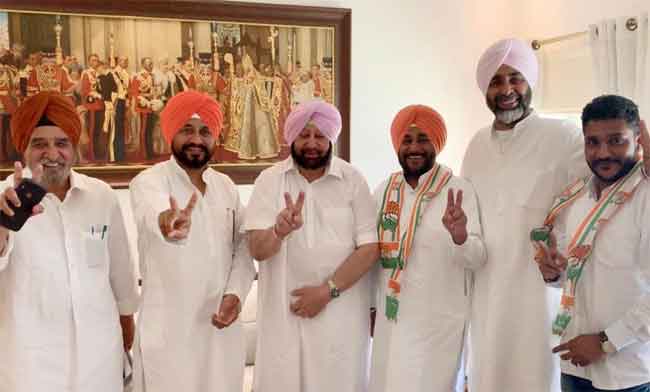 The Chief Minister left for Delhi after the induction of these MLAs.

The AICC-appointed three-member panel led by Leader of Opposition in Rajya Sabha Malikarkun Kharge is hearing Punjab Congress leaders in Delhi to resolve the infighting in the state party unit.

In December 2015, Sukhpal Khaira had left the Congress party and joined the Aam Aadmi Party.