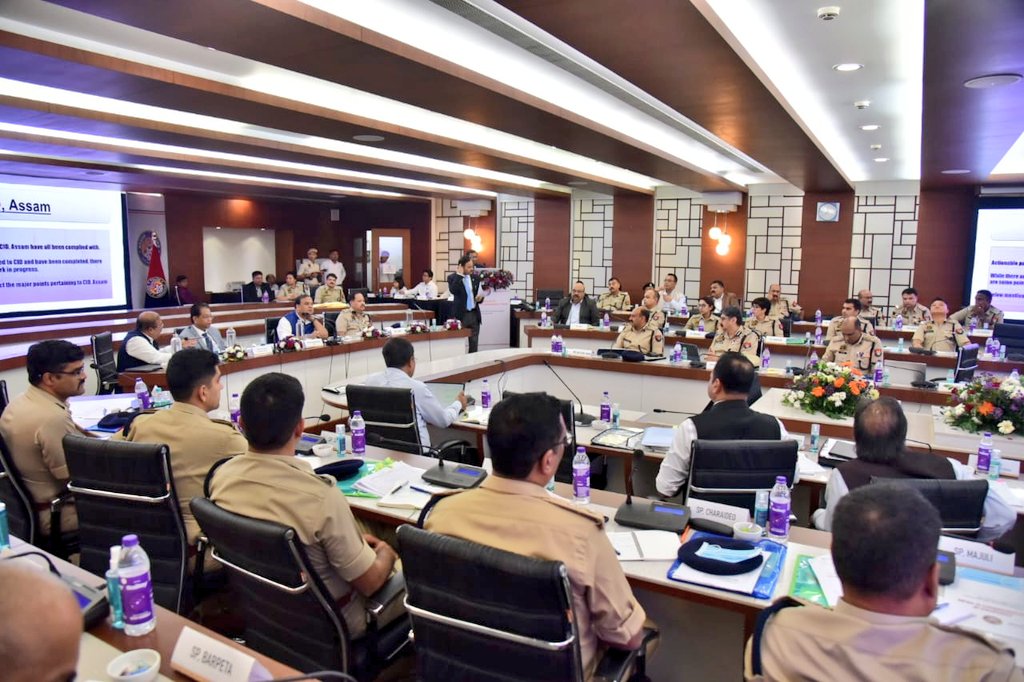 Guwahati: Assam Chief Minister Himanta Biswa Sarma chaired a marathon meeting with SPs of all the districts where the security issues were discussed.

In the meeting held with the SPs of all the districts of Assam, the Chief Minister along with the top brass of the police department discussed the strategy of PFI operatives in the state, combating organised crime, hike in conviction rate and cooperation between public and the police.

“Had a 14-hour-long marathon meeting (from 10:30 am to 1:15 am) with DCs & SPs at AACS where we discussed various ways to bring governance closer to the public with enhanced welfare initiatives and measures required to further reform the law and order mechanism of the state,” Chief Minister tweeted.

The conference also discussed how to attract more youths to join the police force.

Speaking to the media Sarma said, “We discussed the PFIs strategy and how the government can combat organised crime and hike in conviction rate and co-operation between public and the police”.

DGP Assam, Bhaskar Jyoti Mahanta announced that the police would soon be taking measures to suspend officials found in a drunken state or disobeying in the line of duty and said to resolve over

1 lakh pending cases in a time frame of three years.

DGP Assam also informed that over a thousand residential quarters will be built and 20 new police reserves will also be set up.