Omar will not contest polls till J&K statehood restored: Farooq 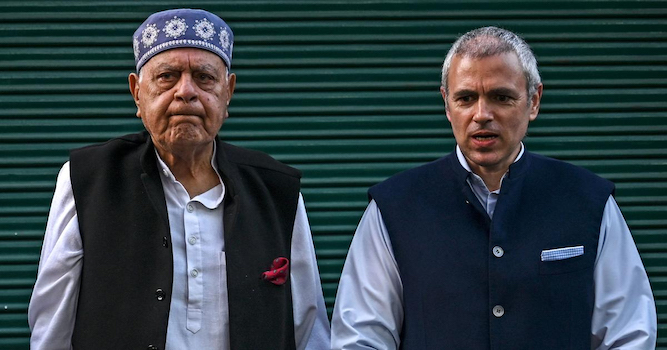 Srinagar: Former Chief Minister and Vice President of National Conference Omar Abdullah will not contest the election till Jammu and Kashmir’s statehood is restored.

This was said by NC President Farooq Abdullah on Thursday.

On Wednesday Farooq Abdullah appointed party leaders constituency incharges for the 47 segments of Kashmir Valley. This was seen by many as a first step towards preparation for the next Assembly polls.

“He (Omar Abdullah) has already stated that he will not contest polls till return of statehood,” Farooq Abdullah told reporters in Budgam.

On the question that announcement of constituency incharges by NC was an indication that there may be no pre-poll alliance with other constituents of the People’s Alliance for Gupkar Declaration (PAGD), Farooq Abdullah said the announcement was done to reinvigorate party workers and it was premature at this point of time to discuss about any alliance.

“It is important that our people remain active and for that it is necessary that we nominate the constituency incharges so that they work and meet people to address the issues,” he said.

Abdullah said there is enough time for elections and the alliances will be forged on time.